King of the Monkeys

A fast paced game to be the first player to win seven King Cards and become King of the Monkeys. 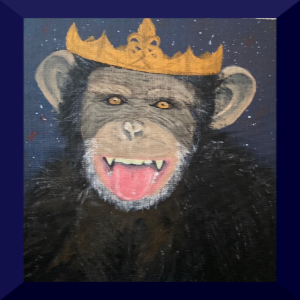 Watch the video below to see how the game is played.

13
copies sold
$225.55
raised during this crowd sale
This sale has ended, but you can still buy the game.

King of the Monkeys
13 copies sold