Clash Yunval™ is a strategy card game where you conquer your foes by claiming the most stars!

Clash Yunval™ is a strategy card game where the effective use of combos and risk calculation rewards the best tactician. This fun and easy to learn game offers an array of choices to be made as the battle progresses. Careful unit deployment, knowing when to push an assault, and combining the effects of your units will maximize your impact in battle.

In "Historia Ex Astris" summon the powerful Archangel, Necro Bruiser, Golem, and Forger and maximize their potent abilities! The Set 1 Box has everything you need to play and plenty of variety between every match! Games are frequently close to the end and things escalate quickly, allowing more matches to be played.

There are 42 unique cards in the Box. One game box is sufficient to play the game with 2 to 6 players (dice/counters-tokens are not included). Future sets (game boxes) are all designed to work as a complete game on their own. You can, however, freely mix sets if you wish! Some crazy combos and shenanigans become possible then. Even if a playgroup has just one Box, the game is no less tooth-and-nail in terms of strategy and combo synergies! Note that when playing for the first time, it may be a good idea to try 2 player first before trying 3+ players... the rules are the same, but the gameplay dynamics change with more players.

You get the same cards in any Set 1 Box, however the cards are packaged in a random order. The 2 rule cards may be shuffled with the unit cards. A Set # Box is enough to play.

Supplies you need to play that are NOT included in the Box...

• Counters/tokens for keeping track of score or effects

Thanks for checking out Clash Yunval™! Have a fantastic day! :D 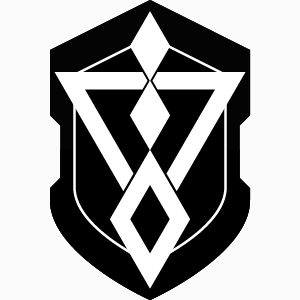