Dragonslayers - A game about slaying dragons, treasure, gold and glory for 1 - 2 Players by Andreas Propst.

Once upon a time there was a kingdom covered with an endless, almost impenetrable wilderness. In the dark depths of the forests and swamps of this realm, horrible beasts and dragons lurked, often terrorizing the helpless farmers and village dwellers of the kingdom. In order to make an end to the terror and rid the country from the bestial scourge, the king summoned the bravest and most fearless heroes from all four corners of the country. He sent them on a noble quest to free the country of all dragons and foul beasts, to make the kingdom a safe place to live in.

The goal of the game:
is to slay all monsters without being killed. You can either play solo or two players. If you play two players, the player who slew the most monsters in the end wins. If you play solo, you can set a high score in your first game which you can try to beat in further games by trying to beat the game in as few turns as possible while amassing a maximum of gold!

This is the Deluxe Edition of the game. It comes with all you need to play: Ample supply of gold, blue cubes for keeping track of Defense of Monsters and Heroes, little red octboxes to keep track of Life Points as well as two nice, big dice. And of course the cards!

If you are low on many or already have all the other parts needed to play I recommend buying the Dragonslayers Standard Edition, which is available here! 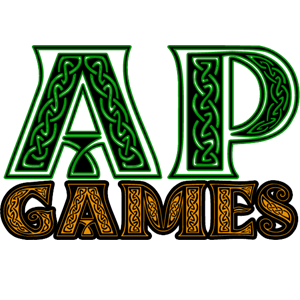