A quantum physics based strategy board game.

Since time began, a story was told of a marvelous island. The founders were half god and half-human. They created a utopian civilization and became a great naval power. They guarded over and guided the paths of science, maintaining the careful balance between the twin forces of the universe and human choices. They had eyes to control magnetism, hands to control gravity and legs to control antigravity. Their home was made up of concentric islands separated by wide moats and linked by a canal that penetrated to the center. The lush islands contained gold, silver, and other precious metals and supported an abundance of rare, exotic wildlife. There were 7 great capital cities on the islands. These cities controlled the time dimension and were called Gravity cities. They were using quantums to teleport between the islands and the cities.

There are many theories about where this island was—in the Mediterranean, off the coast of Spain, even under what is now Antarctica. Its story had been passed down by poets, priests, and others. About 3,600 years ago, a massive volcanic eruption devastated the island. At the time, a highly advanced society disappeared suddenly at about the same time as the volcanic eruption. There is one legend that tells a story about a moral, spiritual people who lived in a highly advanced, utopian civilization. But they became greedy, petty, and "morally bankrupt," transformed into Soulless Creatures and the gods became angry because the people had lost their way and turned to immoral pursuits. As punishment, the gods sent "one terrible night of fire and earthquakes" that caused the island to sink into the sea. Long-time after this devastation, one half-broken mechanism was found, nearby the Greek Island of Antikythera.

In a dystopian future, the scientists discovered that the Antikythera mechanism is an ancient Greek half-broken mechanism, with a high dimensional map encoded in 9D quasicrystal, a pixelated scale reality of a multiple quantum universe. With the use of quantum mechanics, the scientists also discovered that our reality is a ‘’shadow’’ of an E9, a 9-dimensional quantum big world, which projects multiple realities from 9D to 6D and finally to 3D at a specific irrational angle. A legendary quantum reality was found locked as a ‘’shadow’’ of a real-life possibility, inside a mechanism, the Magnes Omni.

The Magnes Omni is one missing part of the half-broken Mechanism of Antikythera, with a mysterious function and unknown consequences. It functions with quantums, small black holes, and cogs, and operates with magnetism, spin, and antispin forces. Through its masterful blend of science and strategy, the Magnes Omni represents one magnificent quest: We are made of atoms and particles. Are we stuck in a single definite state or all multiple realities result in a single certain outcome? Can a player through the Magnes Omni define a quantum reality and, change the future through the past by recreating a lost world?

A quantum (plural quanta) is a discrete packet of energy with wave-like properties. Play and learn about quantum physics and test your perception with this game online on Tabletop Simulator Steam Workshop :: Magnes Omni and for free on Tabletopia. The game is still in early access to the rulebook (It is still in progress). 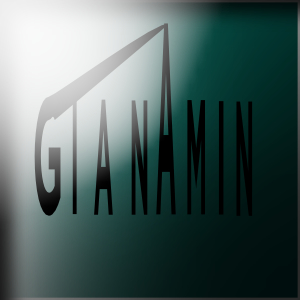