A game of 21st century war and conquest - or modern global domination by antique technocracy.
You are the leader of a faction of the Fraternity of the Sons of Nimrod. As such you are compelled by an antique philosophy to rule the world. Your opponents are leaders of their own factions of the same Order, and are likewise motivated. Things are bound to get nasty…

Tanks and planes are out of the question. This is quiet world war that requires silent weapons. Academia, media and legislative bodies are your armaments. Deploy them around the globe to capture populations and to harvest Power – the fuel in a silent war machine where Magic is the engine. Yes, Magic; the same deployed by technocrats since Nimrod himself. Learn and use it to expand your empire and attack your opponents. Create alchemical formulae with Spell Cards to drive events, and possess sites sacred to the Fraternity to gain crucial advantage.

Gameplay involves a structured race to possess ever increasingly more vauable parts of the globe as the Fraternity collectively conquers the stumbling blocks to its hegemony. Achieve the ultimate objective: divide and conquer Russia, the political entity most likely to frustrate all of the Fraternity's plans.

Every game is potentially vastly different depending on which rules you use, what strategy you decide to implement, what cards you draw, what dice rolls you make, and how awkward your opponents are.

Over 70 regions to capture for points, power or frustrating your opponents.

Two glossy booklets: an Introduction, including an establishment of the theme, and Regulations (for induction into the Order) - for the eyes of Initiates only.

Play time varies depending on number of players and variation of rules used – starts at hour and a half, approx. Definitely for those who like their games to be worlds to become immersed in. 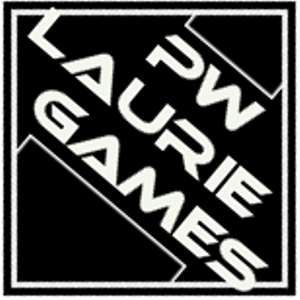