Recover the Summit, Rescue the Captive

He’s been waiting, waiting for days. Hands tied, captured by enemy forces. He’s confident you will save him. You wouldn’t leave him to languish at the hands of his captors. Would you? Will he be rescued first? Or will his enemies destroy your clan to rescue their own captive?

You must make the treacherous journey across the Karrowlands. The Karrowlands are perilous; a vast and unending land stretching from the desolate desert to the arctic ice, from the rolling grasslands to the fields of lava. Recover the summit. It’s the only way. But who will be there waiting for you? Gwythral, the tameable dragon? Maneeri, the mountain giant known for taking captives of his own? Ragnash, The Wolf of the Underworld, who devours everything in his wake? Or perhaps your enemies have set up an ambush of their own? You must fight.

Control locations to gather resources. Deploy extra recruits. Battle the unsuspecting foes. Advance towards the enemy base. Will you team up with local kinsmen, or will you venture out alone? Choose your clansmen wisely.

He sits and prays for you, his compatriot, to come to rescue him; to save the day. He knows the journey will not be easy. Will you recover the summit and rescue the captive? Or abandon him to your foes. Only time will tell.

** Find Out More: The Friend or Foe website is the main hub for everything about the game. It includes gameplay videos, a glossary, advanced concepts, FAQ, info about tournaments, expansions, and more. Check it out here:

(Note: This Mobile Edition contains the same core set of cards as the Game-board Edition but uses Location cards in lieu of a game-board)

A game that kept surprising me. It continued to demonstrate more depth of play, and required a lot of critical strategic thinking. The final result was a game that entertained and challenged. 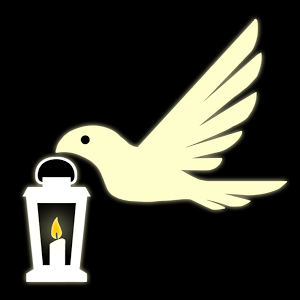