I am building in the Augmented reality component into each VINE Card. New ones added often. Be sure to subscribe to the emailer once you have purchased to get notified which VINE cards have become ACTIVATED!!

VINES for Humanity is a strategic puzzle game. You’ll need to use mad observation skills and strategic thinking to be the winner. But you will find that we all win by playing the game.

Who is this game for? If you fit any of the characteristics below, this game is for you.

How many describe you? Three? Four? This game was made for you.

And so it begins… a mega-cluster of artificial intelligence has spawned the emergence of the Global Brain. Neither good nor bad, it's simply here to give us what it thinks we want. As we plunge deeper into a fear-based reality, the system is in jeopardy of breaking down – spelling imminent disaster for the fate of humanity.

Earn as many HIPs (Human Intelligence Points) as you can to counterbalance the negative, malicious data pouring into the system, activating a positive-focused feedback loop between humanity and the Global Brain. With enough HIPs blasting into the system, we can flip the script to elevate our consciousness before doing ourselves in with our own creation.

In the game, players construct groups of connecting VINES to grow sets and rack up Human Intelligence Points (HIPs), bringing order to the chaos and saving humanity from a future of unfocused dispair. Points increase exponentially with each new VINE connected.

Two connecting VINES is called a Seed. You get no points for a Seed but these are your foundations for blooms to emerge.

Sets of three to twelve connecting VINES are called Blooms and earn you HIPs...ranging from 8 HIPs for 3 VINES to 4,096 HIPs for 12 VINES. No extra points are earned for more than 12 VINES in one Bloom.

HIPs are your Human Intelligence Points. At the end of the round, players will gain HIPs based on the total of VINES in their personal Blooms. The player with the most HIPs wins the round. Beware! Any VINES in your hand at the end of the round are deducted from your Blooms...starting with your largest Bloom!

HIPs grow exponentially. Use the included Points Conversion Table on the reverse side to convert the number of VINES in each Bloom to HIPs

You get everything you need packed in a sturdy tuck box so you can take the fun wherever you go. 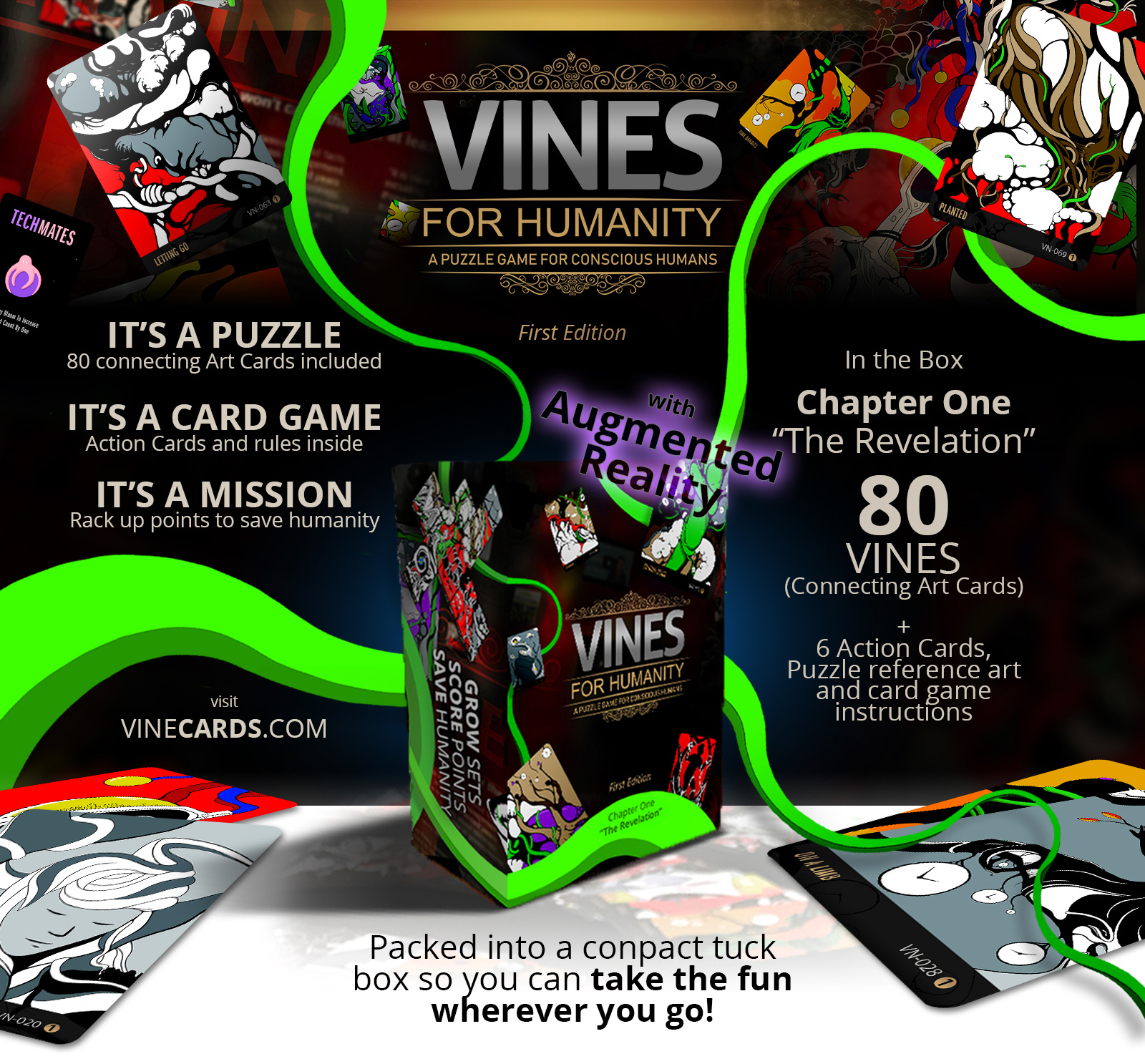 This flagship edition of VINES includes:

The VINES for Humanity puzzle game makes an excellent addition to your game collection or is perfect as a gift for someone who loves puzzles or strategic set-building card games. 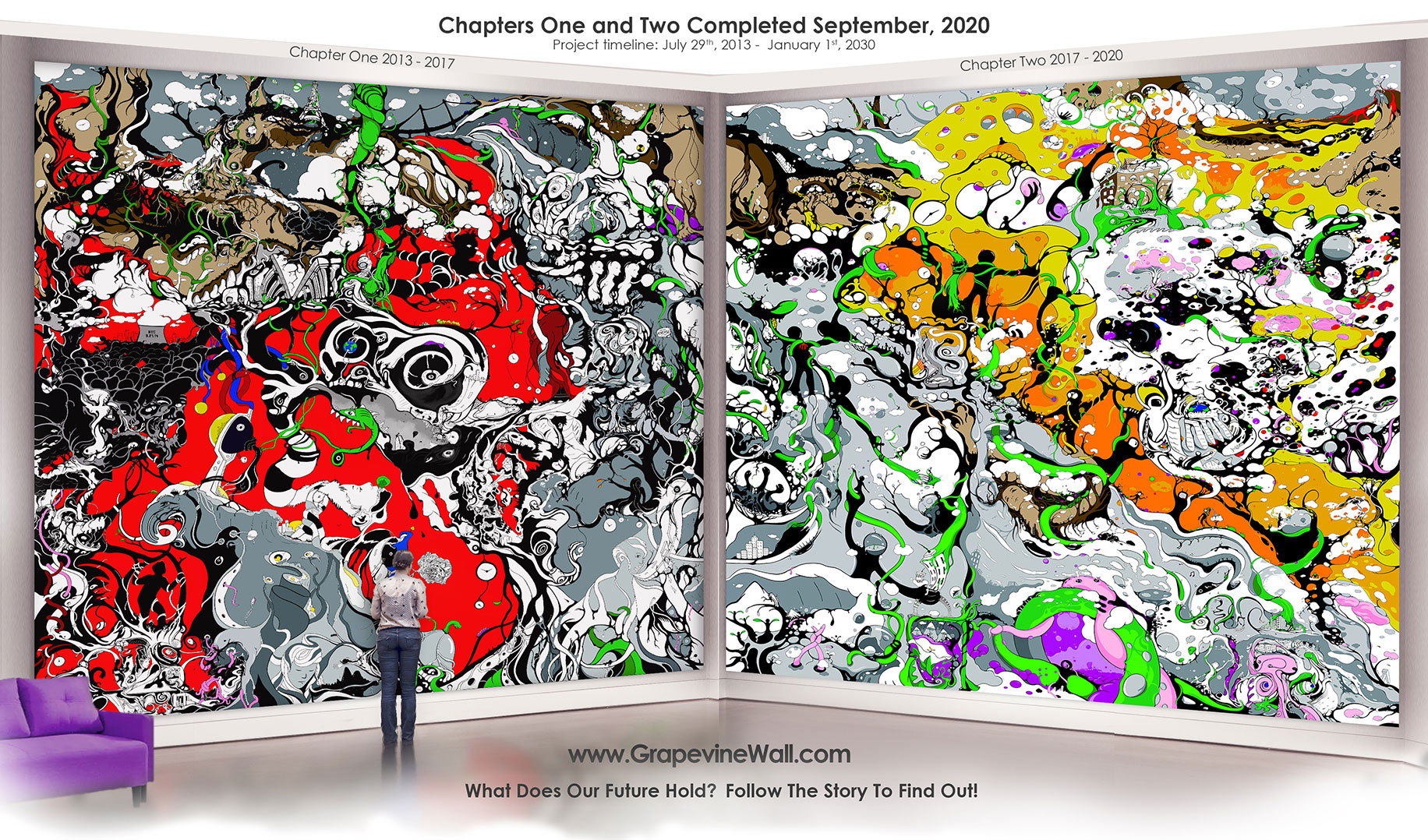 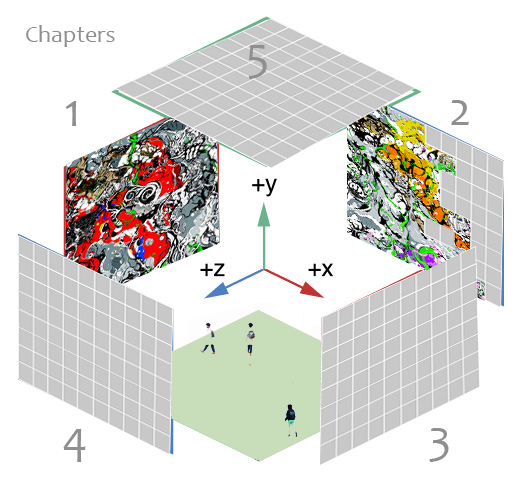 Each new chapter creates a new puzzle that can be combined with other chapters to grow the number of players and difficulty.

Keep track of your HIPs

You will soon be able to add them to the pool of HIPs earned from all players – growing our collective power in a story that will be shared for generations to come.

As with any puzzle, you'll want to utilize the handy reference art. Each box contains the artwork along with rules and directions, or you can download the large artworks here - Print Reference Art – The Grapevine Wall

Special News: We will be activating these cards with Augmented Reality in 2020! You will be able to add your accumulated HIPs, so try to keep track for a little longer. Here's a peek at some progress.