A Game of Being Barely Adequate

You've been hired by Walking Doggos, a subsidiary of Good Boyes, Inc.

Your job? Walking the goodest doggos every day for minimum wage while their owners are at work.

It doesn't matter how many dogs you walk, or how hard you work, you get paid the same no matter what.

So, what does a clever slacker like you do? As little as possible without getting fired.

Walking Doggos is a trick-taking game, where the goal is to take fewer tricks than your opponents while still at least winning one trick. There are six suits of cards: Great Danes, Labradors, Shiba Inus, Beagles, Corgis, and Pugs ranked by size of the breed. Each suit has a card numbered 1 through 8 representing the number of that breed that need to be walked.

Players each have a hand of 5 cards held face out, so that only other players can see what cards are being held. Players take turns giving clues to other players as to what cards are in their hand. Once every player has 3 clues, players take turns betting how many tricks they are going to take. After all players have made their bets, players take turns playing a card face up into a pack to be walked. The player who played the highest ranked doggo wins the pack. Players get points based on the number of packs they take compared to what they bet. The winner is the player who did the least amount of work necessary without being fired. 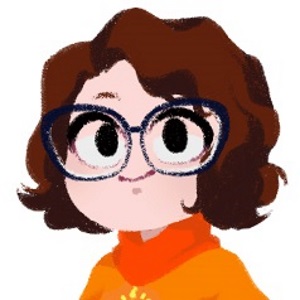