The Imperium of man has fallen. Claim your empire with the might of the Mystics!

The Imperium of Humanity has fallen. The Mystic Prophets have long foreseen the galaxies fall into darkness. With this knowledge they planned to form the Fleet Final, a last ditch effort to restore balance within the galaxy. This has failed as corruption takes root within. Splinter factions now dominate the Mystics, each vying for control of the Fleet Final.

Deck Overview: The Mystic Theme Deck is a combo deck that looks to play The Fleet Final card. A trap card that can only be played after 3 cards have been played from somewhere other than your hand. It then allows you to find and put into play your most powerful unit for free. To support this many cards within the deck allow you to play from the top of your deck, or have abilities that trigger when being played from somewhere other than your hand. The Fleet Final is the galaxy's last hope, secure it now with the Mystic Theme Deck! 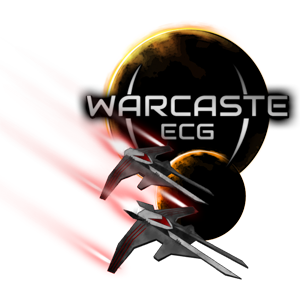