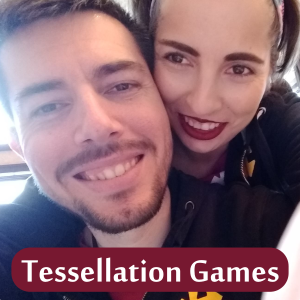 Queen Alora of Ansis is away on an adventure. As her councillors, you are charged with maintaining order until she returns. Everything was going well until Stone Demons started appearing from a nearby portal! Prove your skills to the Queen by capturing all the monsters before they escape! 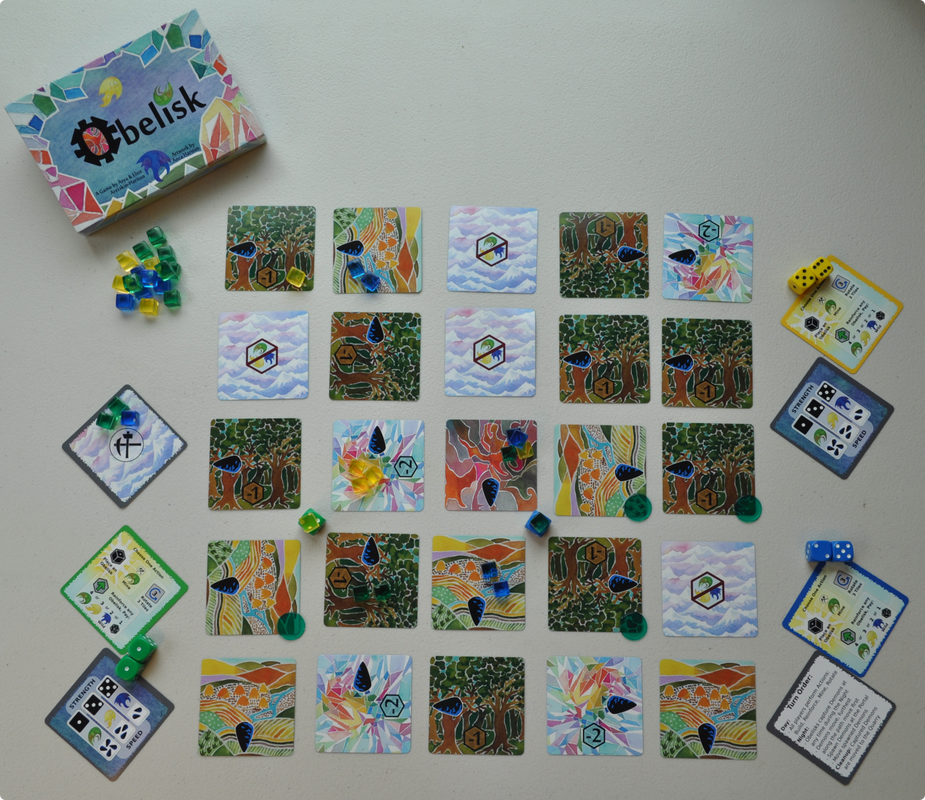 The game is played in Turns which consist of two phases: Day time and Night time. Each Turn starts in the Day, where players may simultaneously perform a number of actions from the four available options. After all players have acted, Night begins. Every Night, Stone Demons come out of the Portal and move from tile to tile following the arrows. Players build Obelisks to snare Demons and the sunlight turns them back into stone. Stones are resources the players can spend during the next Day to upgrade Obelisks. After all Demons move, Day begins. Continue cycling through Day and Night until a game ending event: players have captured all the Stone Demons from the Cave; any Demon walks off the map; any Demon walks on the same tile twice.

If you're a fan a co-ops, if you're a fan of interesting mechanisms with dice, if you like tower defense games, then this is a game you should definitely check out. - Jason, Board Game Mechanics

I played with my in laws and my family, ages 18, 29, and 58. Every single one loved the game. Both my father in law and sister vowed that they would beat the game (they both lost on the easier setting). Its tricky but not so much to take the fun out of it, just enough to make you want to try again. - Thom Canfield, Ohio

I finally gave Arne Obelisk, we played for 5 hours straight! Got up to second highest level!! - Jessica Marie, Ohio

My kids played Obelisk for two days, almost straight at Con on the Cob game convention, and haven't stopped asking for it since. Fortunately, we did happily did buy it for them. Now, we all just have to wait until Christmas for them to find out. I'm pretty sure this will be the best Christmas gift, and I know how we'll be spending the rest of day. Thanks Eliot and Asya, for making this great family game! - Kali Zahn, New York

There is a lot of variety in the game because the board changes every time you play it! If you like tower defense games, you'll love playing this! Unique because of the cooperative play! - Justin Gray, Ohio

Obelisk is a really good take on tower defense in a fun co-op board game. It's not only quick to set up and play, but it's easy to adjust the difficulty by switching out different colored cubes. - Mathew McCaskey, Ohio 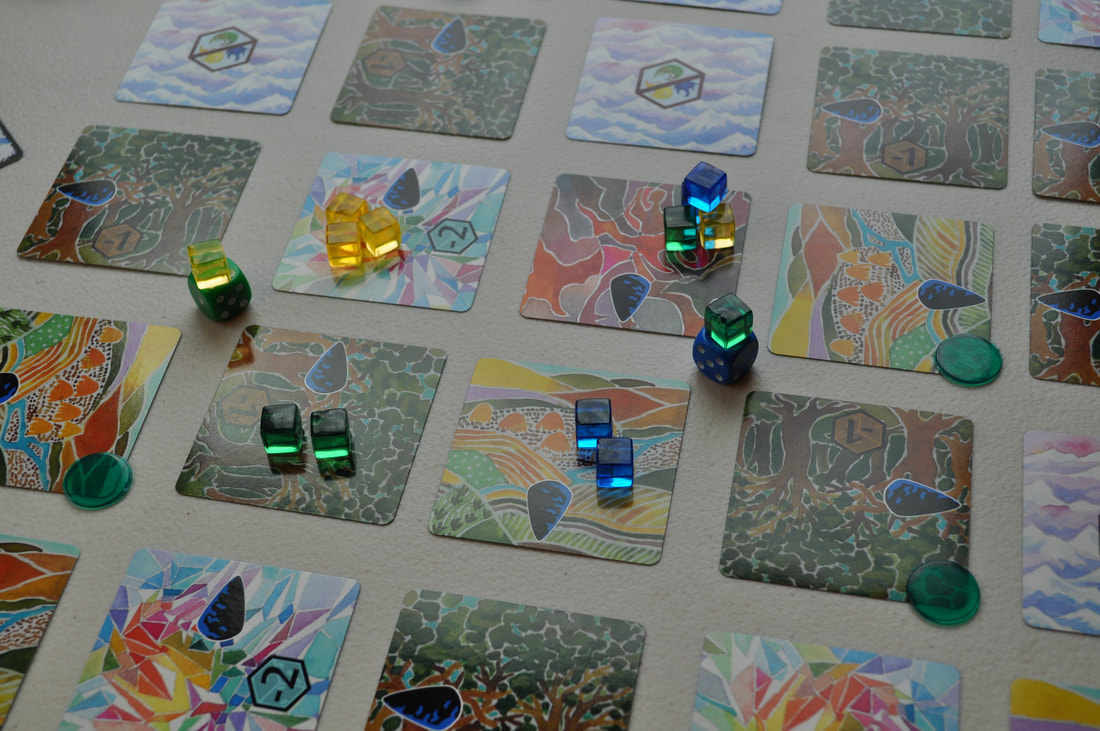 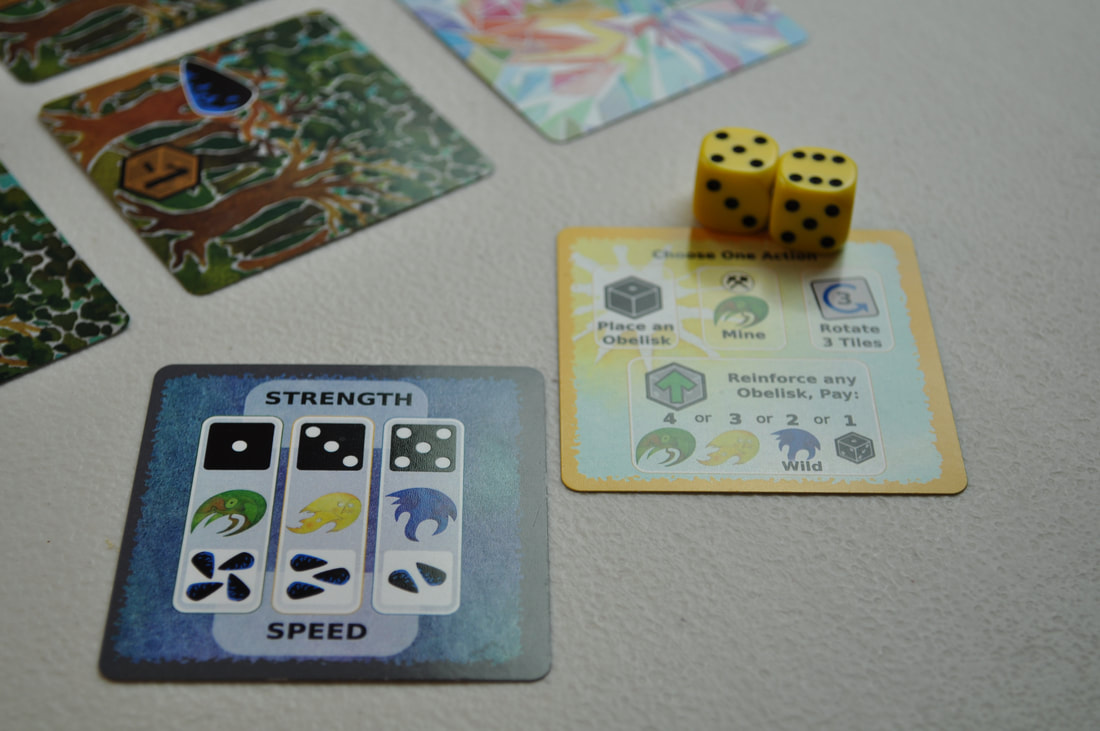 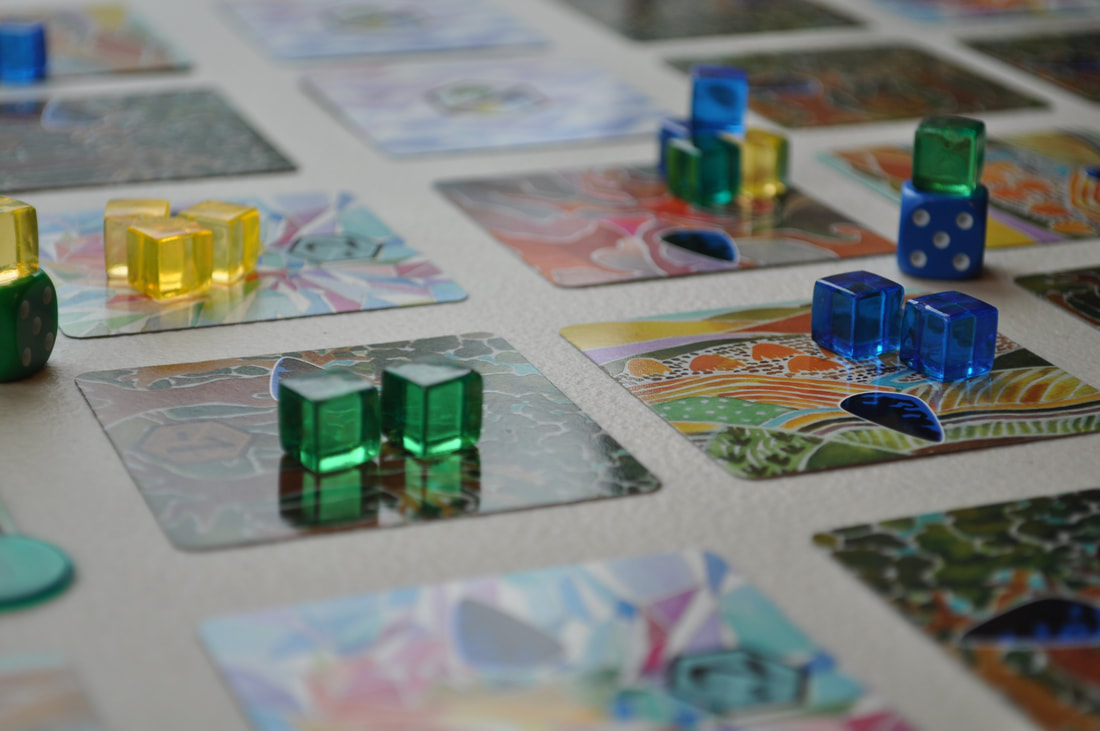 Demon Upgrade: If you or someone in your board game group has a hard time with colors, or if you just want a little more immersion in the game, we are offering the Demon Upgrade. These pieces replace the regular colored cubes that come with the game. The new demons are 5/8 x 5/8 x 1/4" thick (around the size of a quarter). All the demons are printed on one side and they all fit in our box! This is a separate item and must be purchased from the Demon Upgrade page.

I do like the puzzle of figuring out what path to set for the monsters, where to place the towers...and how to spend our precious few actions each day to prepare for the night.

103
copies sold
$1543.97
raised during this crowd sale
This sale has ended, but you can still buy the game.