Donut! is a simple trick-taking race game for 2 to 6 players. In this game-winning tricks represents selling donuts. Each player owns a Donut Shop with a great reputation. But a great reputation is just not enough in today’s world. You need your Donut Shop to be famous that’s the only way to make it. Each round players will compete to sell the best donuts by playing Donut Cards from their hands. For every Donut Sale they win, their fame will increase by one.

The first to reach 16 on the Fame Track wins. It’s that simple. 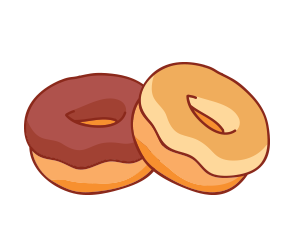 Donut! is a game I put together by refining the rules of a game that has been in circulation in my family for decades. It is one of the cleanest and simplest trick-taking games I have come across who's rules and origins are difficult to pin down.

The rules my family has played with over the years have slowly changed based on who has been playing and when I developed this version I considered all the variations I have experienced and then tweaked things a little farther. One of the common problems this zippy little game has had over the years has been game length. There can be a lot of tug of war with the points and a lot of stall tactics with the leaders and this has lead to arguments and games that have lasted way too long. When I developed this game I made sure to plug these holes and refine the rules to make the game tighter and quicker. Theming the game has helped a lot in this regard. Moving from a generic card game to a themed game help players with less experience to visualize what is happening and where they stand and it also helped create a comprehensive method of managing the gameplay.

I also didn't go overboard on the art keeping everything clean and simple. 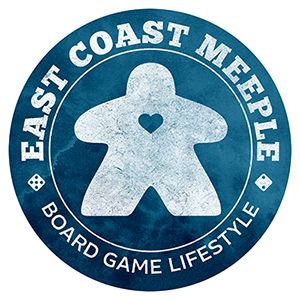