Game play time varies with the level of the players.

Object: To control the board’s center ring with a pawn that cannot be taken by your opponent. This happens when all of their pawns that can take it have been removed from the board.

Ex.1: Dark moves a Rock pawn into the center ring after taking all of Light’s Paper pawns. Without a Paper pawn it is impossible for Light to take Dark’s Rock. Dark wins.

Game Start: Players place their pawns next to each other on the outermost ring so that they control one half of the outer ring. Players may mix the Rock, Paper, and Scissors pawns as they choose. Players face the pawns so their opponent cannot see the type of pawn it is.

Choosing Who Goes First: After pawns are placed, players use traditional Rock, Paper, Scissors hand game to determine who goes first. Turns: Players alternate turns. They may move a pawn or challenge an opponent’s pawn if the opponent’s pawn is in an adjacent space. Movement: Players may move pawns around the ring they are currently in or move into an adjacent ring, including the center ring. Diagonal movement is not allowed. Only one pawn may occupy a space at a time.

Challenging: Players may challenge an opponent’s pawn if it occupies a space that they could move into if it were empty. Diagonal challenges are not allowed.

Endgame: Play ends as soon as the center ring is occupied by a pawn that cannot be taken. This can happen in two ways. By moving a pawn into the center after capturing all of the opponent’s pieces that beat it. (see Ex.1) By capturing the last of your opponents pieces that can take the piece currently in the center.

Ex. 2: Light has a Scissors in the center ring and challenges Dark somewhere else on the board taking Dark’s last Rock. Light’s Scissors is now unable to be taken, ending play. Light wins.

"a game [my kids] want to play everyday." 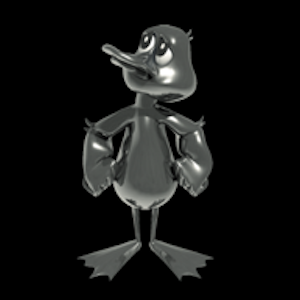