Paths to Aegis is an automa rogue-lite deck-building board game.

Paths to Aegis is an automa rogue-lite deck-building board game. The game allows for 1-4 player cooperation as each player takes their own character with a unique set of abilities and strengths as they discover new tiles on their way to defeat Cerberus by gaining more powerful cards and leveling up.

While in battle, a player will use as many action cards as levels they are and use those actions to either damage the enemy or heal their health. On the enemy's turn to attack, the player must roll the die. Each enemy has a standard attack and most have a special attack. If the die roll matches the enemy's special attack, then it usually damages the player more than a standard attack. Once the enemy has been defeated, players earn coins which they can use to either purchase more action cards at the market or level up.

As it is a rogue-lite game, you can expect to die. But don't worry! Upon death, you only lose half your coins and you keep any cards you purchased 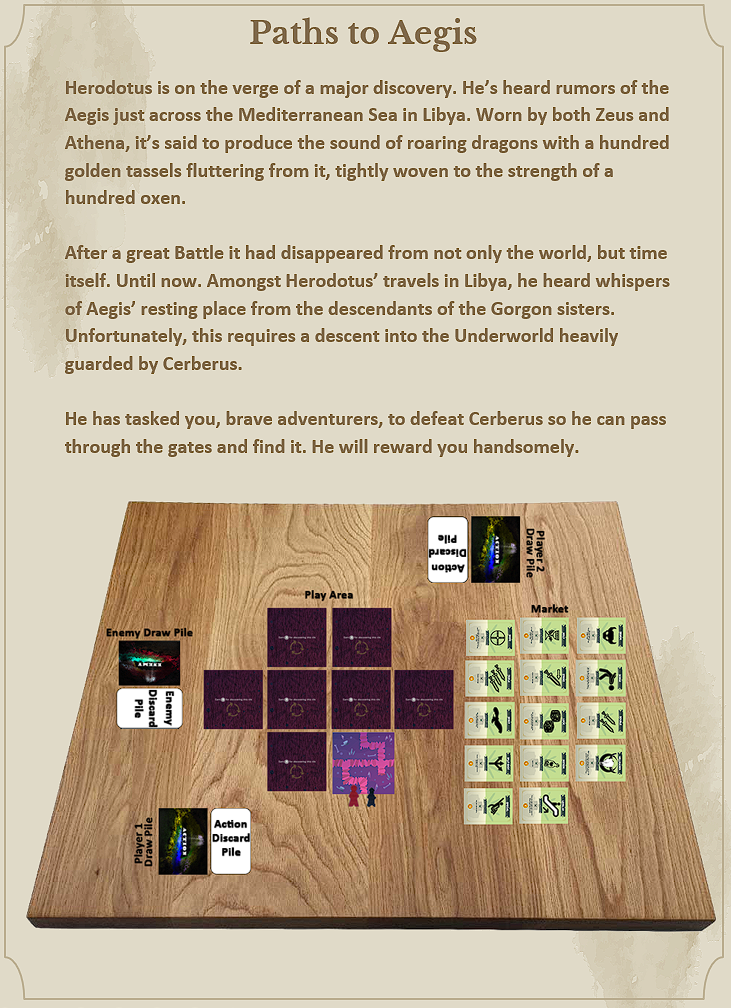 0
copies sold
$0.00
raised during this crowd sale
This sale has ended, but you can still buy the game.