4FxImpeachment - When Playing Trump Has Consequences

This trick-taking, bidding, political satire game where playing trump has a consequence!

Playing trump has a consequence!

In 4FxImpeachment.com the card game, each player is competing to become the President and is the head of a corporation or special interest group that uses politicians (the different suits and special cards) to help you win. Regardless of left or right, every politician can be used to help you win election points and get ahead - but will you win ethically, or use the special rules to cheat unrepentantly?

This satirical trick-taking, bidding, push-your-luck card game introduces a new concept: when you break the rules, such as playing a trump or other special abilities, there will be consequences! In this game, we introduce VOTE cards, and you must take one or more based on the penalty indicated with the special feature. The VOTE card represents the silent majority's hidden opinion that is revealed at the end of the game. So you may have earned the "popular vote" with obvious points, only to get "impeached" by the VOTE!

What is the fun factor?

Some games become boring quickly. Not this one! Bidding is the next level in complexity for trick-taking card games. It requires players to listen to other player's bids and infer their hand quality and then use poker-like skills to read the other player's strategy: "Will they try to take tricks early, or save their best cards for last?"

Learn-As-You-Play rules make the game easy to pick up and enjoy quickly, plus prepare each player for the Beginner rules. When you have a handle on the Basic rules, the Advanced rules add new twists and complexity that give you even more points to consider.

4Fx Impeachment is a battle of wits where surprising finishes are frequent and nail-biting. Players who take a chance and "swing for the fences" can often take incredible risks, or make very shrewd choices, to catapult from the middle of the pack to the lead in the final hand.

Due to the mechanics of the game, there will be at least one loser in each hand. While this means merely that they do not score points, it can be daunting for highly emotional players who are upset easily. This game is NOT for those sensitive people.

Do you know of an elite poker card player who prides themselves on their poker-face and ability to read their opponents? This game will challenge even these players as they struggle to make the most masterful moves and utilize the opportunities to the max!

Perfect for Magic The Gathering(TM) Players

We have taken the "Oh Hell" ancient card game and pushed the "Take That" mechanic to the max! By using a technique familiar with Magic the Gathering(TM) players, a card can be rotated, in certain circumstances, to unlock special powers and ways to block opponents.

Learn As You Play Rules

We have just uploaded our new rules that help players with no experience with bidding or trick-taking to get a handle on the game. Simply open the box, sort the cards and then follow the step by step rules to see how the game works.

What is the game similar to?

4Fx Impeachment is perfect for people who enjoy games such as like Oh Hell, Euchre, Bridge, and Wizard™.

Quick to play, fast to learn and teach, and easy to play - but very hard to become a master.

I love the extra features. We enjoy Wizard, but it gets boring and takes too long to play. This gives us new options to help us win tricks and mess with others. 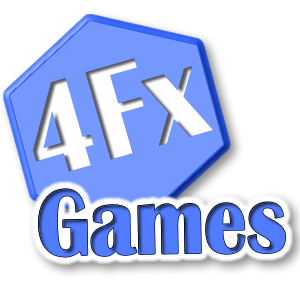