These are the SECOND Special Edition release of the Ace of Blades cards!!

Ace of Blades: Knife Throwing Target Cards are a set of 18 identical playing cards used as a target 'sight picture' to aid in developing proper muscle memory through repetitive drilling of body mechanics.

In the knife throwing community, using aces from a poker deck of playing cards is common due to the large sight picture of a singular large central pip.

This means that 50 out of 54 cards are 'less-than' or lacking in the uniformity of sight picture and lessening the desire to use the remainder of the deck.

With Ace of Blades cards from Development Decks, all the cards are uniform allowing for all the cards to be used in honing your aim.

"They aren't magic cards, but they do help you focus! I can attest to that!" 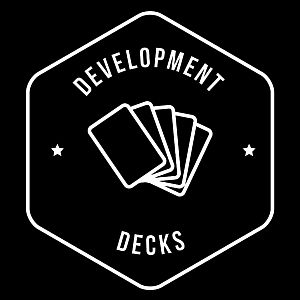