Your airborne troops are landing in Normandy on D-Day!

The success of the invasion rests on your shoulders! Gather your brothers and move out.

As the Airborne Commander your mission is to seize objectives by sending your brave men into firefights. You'll build your player deck from Allied cards in the drop zone to create an effective fighting force.

To score your points, each seized objective and enemy defeated (from the Mission Deck) counts!

Find out if it is better to be bold and agressive or a strategic, yet decisive Commander! Which will you decide to be?

Each turn in Airborne Commander you draw 4 cards from the Mission Deck and fill the Battlefield to find out what Axis forces you will face. Each Axis unit left unchallenged will add disorganized cards to your deck, making it hard to mount a successful attack!

From you hand, you will play cards in one of three ways;

You lose if you draw too many disorganized cards or fail to defeat enough static defenses.

Make it to the end of the Mission or Drop Deck and you'll tally your score based on seixed objectives and defeated enemy units.

In the 2021 Gamecrafter Release you get

Not included: the Airborne Commander Playmat 2021 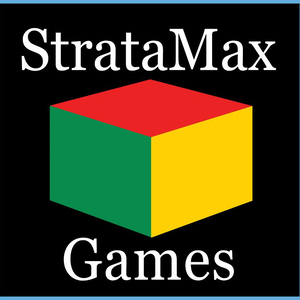