... God created the Heavens and gave it to the Angels. The Angels made a multitude of dwellings called dominions. Eventually, they made the greatest dominion of them all, the Silver City, and God was pleased.

Then, Lucifer rebelled against God and took a thiurd of the Angelic Host with him. Lucifer and his Fallen Angels created their own Red City dominion at the far reaches of the realm, where they planned and plotted to overtake God's throne and Power.

Now, Lucifer and the Fallen Angels are looking to strike the Silver City again. The Faithful Angels are vigilantly looking to stop them. Small skirmishes have been breaking out across the dominions of Heaven. The Fallen Angels look for allies and tools to help in a planned attack on the Silver City. The Faithful Angels look to stop the Fallen roaming the Heavenly Realms. These are the heralds of war.

Welcome to Angels: Heralds of War, a rules-lite skirmish-level war game for 2 players. In the game, one player plays as the Fallen Angels, while the other player plays as the Faithful Angels. Each side has their own goals they are looking to achieve on the battlefield. Each goal earns them Victory Points. The player with the most Victory Points at the end of the 4th round wins the game. 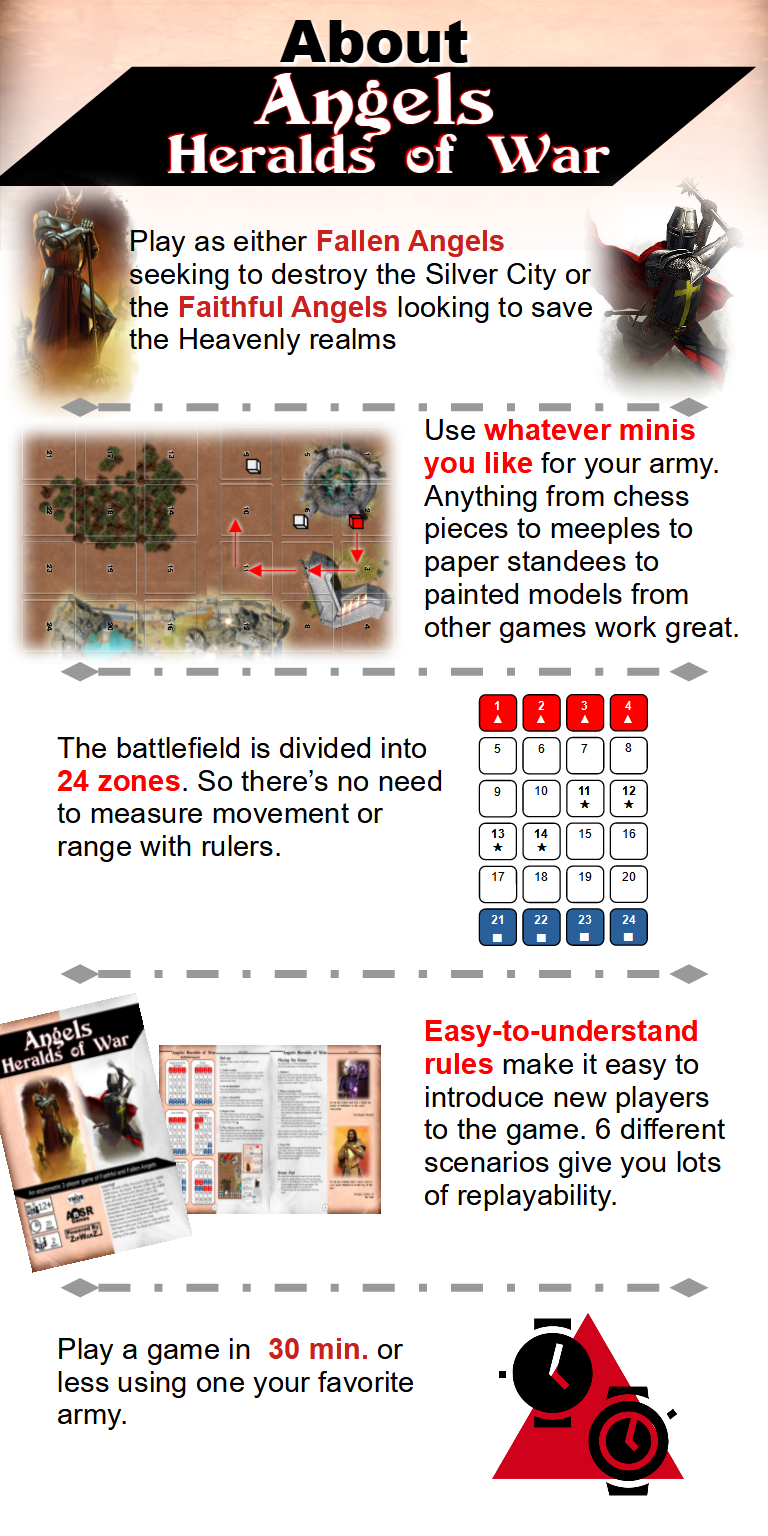 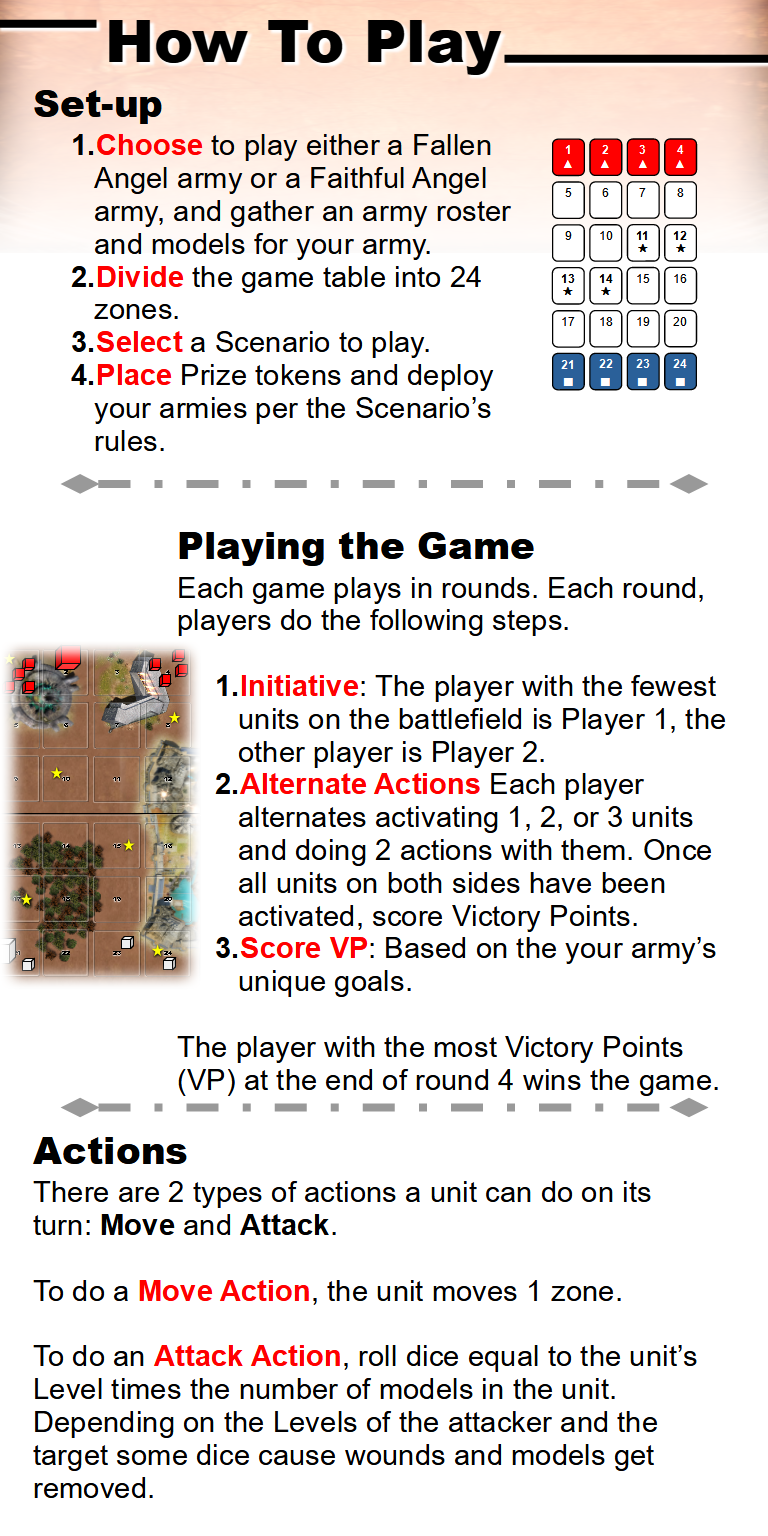