In a mystical land where landforms are brimming with arcane properties, sorcerers duel one another using the ground's magic, using wisdom the site imparts to deduce their opponents' clever machinations. 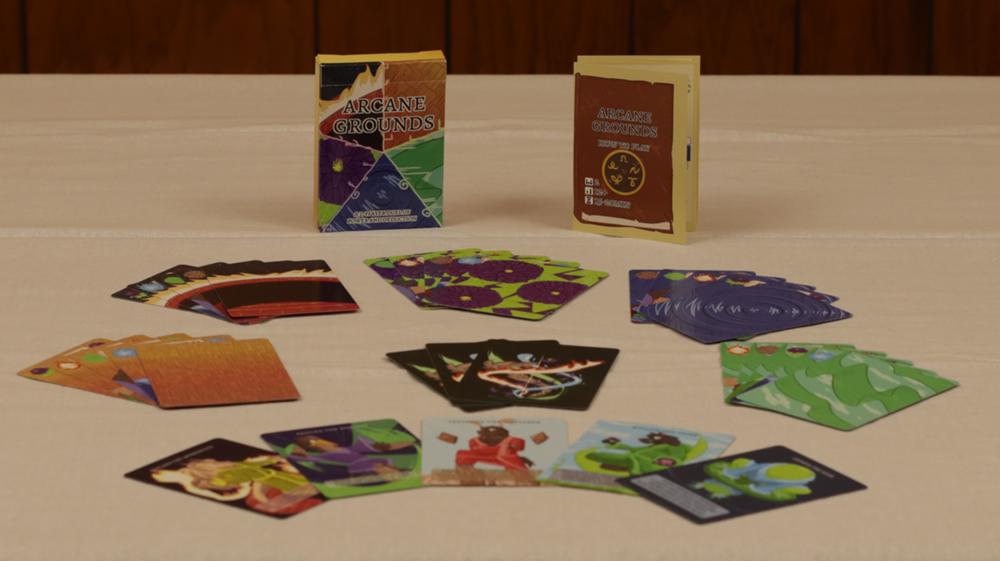 Arcane Grounds is a game about collecting magic powers from various locations in order to thwart your opponent in an elemental duel. Use this power to either support your core element or attack the opposing core. By looking at which deck a card came from, you can gather information on what that card could be. Team up with a friendly sorcerer to aid you in battle! 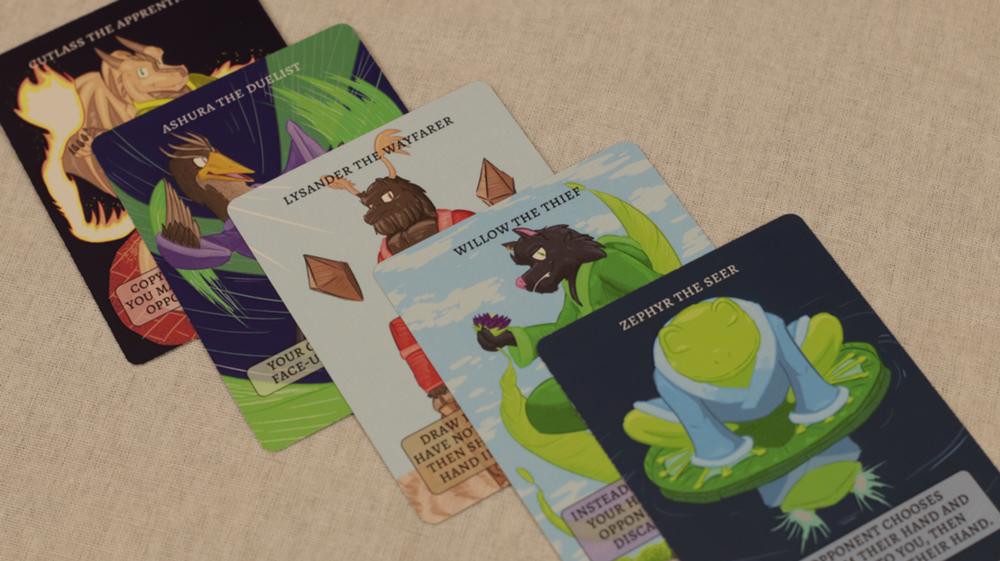 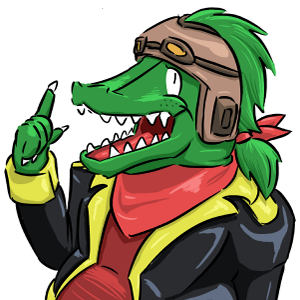