Outsmart your opponents in a bidding war!
SEE DEMONSTRATION VIDEO:

TO WIN, capture more green Zelenia crystals than your opponents.

To capture Zelenia, use the unique powers of each of your Ochi. You'll start with just 5 Ochi. Choose carefully so that you can outbid your opponents and have first choice at the cards on the table.

Beware of the Charza cards, which count against your score. As Charza cards are discarded during the game, they're added back to the deck, increasing the risk of negative points at the end of the game. Use good strategy to make sure you don't get stuck with all the Charza!

Battle for Zelenia is a challenging game where you'll need to read your opponents' minds to predict their actions in order to win.

THE LEGEND OF THE OCHI

The Ochi are a petulant race of aliens, squabbling over a limited resource -- Zelenia.

The Ochi live in deep caves, where they mine Zelenia -- a rare green crystal which they worship and use as currency. After millennia underground, the Ochi are well-adapted with shadowed bodies and large red eyes that see well in the dark. Though stingy, the Ochi are relatively peaceful. They won't attack unless provoked.

But the Ochi have a problem. Zelenia is running out -- and someone has been stealing their limited supply! Robotic drones appear out of nowhere and -- ZAP! -- beam the Zelenia crystals right from underneath their mattresses. Terrified of the drones, the Ochi call them, "Charza" -- which means, "Scary thing that comes in the night and steals Zelenia while I dream of Ra-goo-goo." The Ochi have few ways of fighting off the Charza drones, other than glaring angrily with their large red eyes. Which has not been effective.

The Charza drones are sent by the Vrag, the sworn enemies of the Ochi. The Ochi have a insult which they use when bickering: "You're uglier than a Vrag. And you smell like you stepped in Doopy." The Vrag have their own defamations, not the least of which is: "You're worthless as an Ochi. And your mama is fat." A technologically more advanced race, the Vrag value Zelenia crystals for a much different purpose -- to power their spaceships for interstellar conquest. Rather than dig for Zelenia, the Vrag have found it much easier to simply steal it from the Ochi, using the robotic Charza drones.

Your goal is to help the Ochi! Use each Ochi's special powers to grab as much Zelenia as you can. And you can recruit other Ochi to join you, expanding your Ochi team's powers. Be careful not to let the Charza get you! 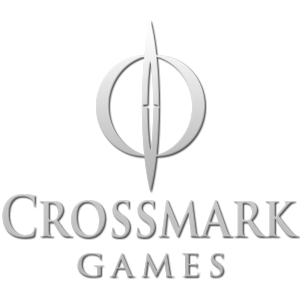