Deep in the jungles of the Isle of Lor, bridging the gap between the Daerýn and Jýntár Seas, the Kitwáno tribe of the Almaezá people gather around the Boshé field. The two competitors warm up their arms and fire up their Boshé Blades near the entry line and the Zúl’Jek (Blade Judge) supervises the laying of the Obsidian Ridge at mid-field then moves to the sideline as the competitors take their starting positions. The Jek throws the Dragon Blade onto the field and gives the signal to start. Támbé, a nearly seven-foot-tall warrior woman, focuses downfield, the sporadic rays of the sun slip through the jungle canopy and make her dark walnut skin look almost coppery. She fires up her Water Element Boshé Blade, pulls her arm back, twisting her body as far back as she can, and swing forward with a powerful force, releasing the Blade at the exact point of the apex of her swing. The Boshé Blade flies forward, spinning, its majik element propelling it forward at an astonishing speed. When it reaches its full distance, it stops suddenly in mid-air and falls to the ground, less than a meter away from the Dragon Blade. That throw will be difficult to beat. Her competitor nods in respect and steps up to the starting line, readying his throw.

BOSHÉ is a premium roll-and-move board game brought to you by Worlde of Legends™. It is designed for 2 - 4 players ages 12 and up and requires varying time to complete a game. As a BOSHÉ Blade Master, you are a competitor in a very old sport that originated with the Almaezá people on the Isle of Lor on the Worlde of Kaendor™.

The object of BOSHÉ is to attempt to land your BOSHÉ Blade as close as possible to the Dragon Blade on the field of play. The number of throws a player gets depends on how many active players are in the game.

During the course of a game, you can attempt to Knock Out other players’ BOSHÉ Blades by knocking them away from the Dragon Blade or perhaps even knocking them completely out of the field of play. After every round of gameplay, points are scored and marked down. 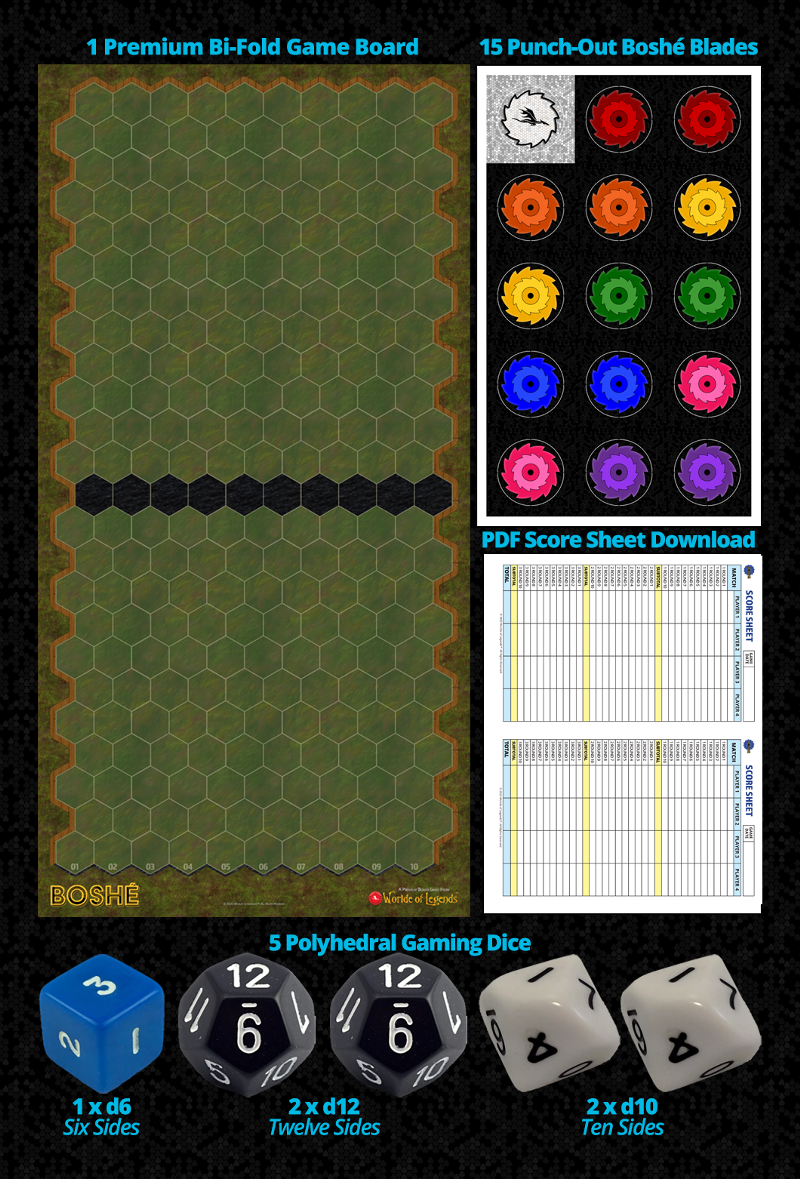 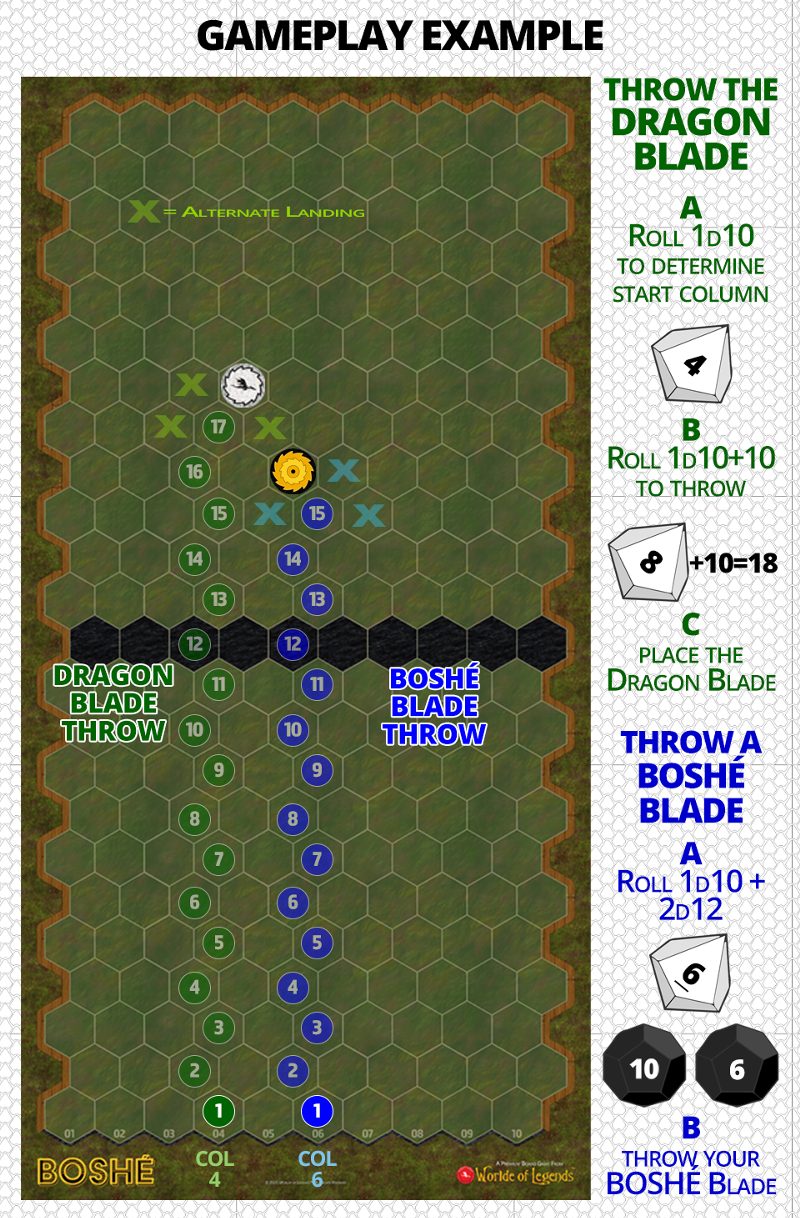 The winner in POINT GOAL BOSHÉ is the first player to reach the pre-established number of points that triggers the end of the game. It is recommended that Point Goals be between 500 and 1,000 points.

The winner of TOURNAMENT BOSHÉ is the person who has the most point after three matches consisting of 10 rounds each have been played.

Learn more about Worlde of Legends™ at WorldeofLegends.com