Steal, bluff, and bank your way to the biggest treasure!

You cover each of your banked treasures (i.e., sets and runs) with a face-down safe card, as if placing the treasure inside a safe. The safe and protected treasure are considered locked if a lock icon appears on the safe card. A locked safe blocks opponents from stealing the treasure, but prevents you from extending it on future turns. Conversely, an unlocked safe allows you to later extend the treasure for big points, but leaves it vulnerable to steals.

Bluffing about the state of your safe cards is encouraged, particularly if it increases the uncertainty in your opponents’ minds as to which of your treasures are locked.

Is there honor among thieves? Trust is notably absent as your fellow burglars are placing their cash and gold in uncrackable safes. You mimic their behavior, but decide to leave one safe unlocked to quickly stash any newfound loot. Hmm, did your opponents leave a safe unlocked as well? Perhaps your thieving hands need to pay them a visit! You decide as you steal, bluff, and bank your way to the biggest treasure!

Gameplay: On Your Turn

Points are awarded at the end of the game based on the size of each banked treasure. Press your luck to create large sets of treasure for a huge score. Players earn bonus points for Gold treasure, blocked steals, and unlocked safe cards. The player with the most points wins!

It’s a clever take on a tried and true mechanic that plays quick and feels both familiar and fresh at the same time. 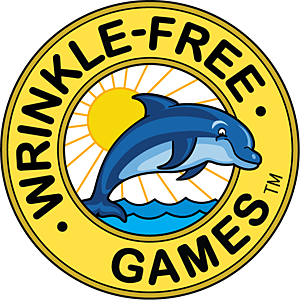