You’ve settled into the new world. There are countless islands to explore and treasures to seek in these uncharted waters. Go out there and make your fortune, but beware, you’re not the only one out there seeking their fortune. Pirates are scouring the waters looking to claim what you’ve found, sea creatures lurk in the deep ready to devour you, and your fellow privateers could either help you, or steal your booty for their own purpose. These are lawless and dangerous waters, and you must be prepared for anything. Will you find the treasure you seek, or will you meet your doom? Adventure awaits!

You can outfit your ship in a variety of ways. Fill it to the brim with a variety of weapons and ammo giving you the strength you need attack anyone you wish. Add hull plating to increase your ship's defenses and increase your ship's speed with sails, maneuverability using the spyglass, and even buy a diving bell allowing you to explore the ocean depths below! You can optimize your ship to best hunt pirates or creatures, for exploration, defense, or speed and maneuverability. The choices are endless and each has its own benefits; the choice is yours!

During the game, players can attack pirates, sea creatures, island creatures, natives, and other players. Combat in Buried Treasure is handled by rolling an attack die and a defense die. Ship weapons such as powder kegs, cannons, double cannons, and harpoons can be used, whereas combat on islands uses hand weapons such as the blunderbuss, cutlass, and boarding axe. Having a boarding plank on board your ship allows you use your hand weapons in ship to ship combat as well!

Buried Treasure features a solo mode called "Hunted". As you try to stash your 100 treasure, a pirate is mercilessly hunting you across the world. You can outfit your ship for defense, or even take the fight to the pirate! Once the pirate dies, another one of their allies takes their place never giving you a moment's peace. Can you survive being the hunted, or will you end up going to Davy Jones' locker?

Multiple variants are included in the game included some that make the game more difficult and longer (2+ hours), and others that shorten the game (30-45 minutes). While players aren't permanently removed from the game, an elimination variation is introduced causing the stakes to go even higher! Combine different variations to create a new way to play!

Pirates, creatures, and other players aren't the only things attacking you. The forces of nature will come barreling down on you as well as you sail through the world. Storms are a feature in the game and can sweep treasure, ammo, and upgrades off your ship, or even batter your ship to the point of losing hull integrity. The storm will also toss your ship around the map pushing you closer or further away from your goal. Other players aren't safe either, as the range of the storm can vary causing destruction to them as well. 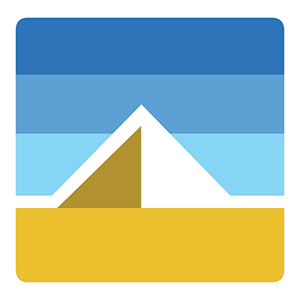