Call the Shot is a 2 player bluffing micro card game.

Call the Shot is a bluffing micro card game played with 14 cards. Each card represents the intent of the players. Are you shooting to wound or getting ready to take deadly aim? To truly win at Call the Shot you must be more honorable then your opponent, or simply a better bluff.

Call the shot has 6 types of cards; the Man of Honour, Deadly Aim, Shoot to Wound, Shoot to Kill, Headshot and the Coward. Each of these cards has a special rule or a point value used to influence the outcome of the duel.

To setup the game shuffle all 14 cards (not the shot cards). Then remove 2 cards face down, and 2 cards face up from the game. Divide the 10 remaining cards equally among both players.

Call the Shot is played in turns, the challenger takes the first turn. On your turn you can play one card from your hand by placing it face down in front of you. When you do, you must tell your opponent which card you just played. You are however allowed to lie about which card it is. When both players have played at least 1 card, instead of playing a card you may choose to “Call the Shot”. When the shot is called both players must reveal their last played cards and the winner is determined. You win the duel if you reveal the card with the highest point value. Cards with no printed value have a value of 0. If you lose you get a shot card. The player who first receives 3 shot cards loses.

There are some special rules;

You can’t lie when playing the Man of Honour (this does not prevent you from claiming to play a Man of Honour when you play another card).

If you have the Coward in hand and the shot is called by your opponent, instead of revealing your last played card reveal the Coward. You automatically lose the duel.

The Deadly Aim only doubles the points of the directly following card. When the shot is called also reveal your Deadly Aim.

3x Deadly Aim Points for the card directly following a Deadly Aim count double when the shot is called.

1x The Coward If the shot is called by your opponent when you have The Coward in your hand, you lose the round.

4x Shot Card Cards marked “You Got Shot”, used to keep track of the rounds.

Let's look at an example round of Call the Shot. Remember, to win the game you must lie and bluff about your true actions!

The game is setup and player one (the top player) opened the game by playing a card face down claiming it is a "Headshot" (which it really is). Player two responds by playing his own face down card claiming it to be a "Man of Honour" (though in reality it is "The Coward"). Player one not willing to bet a loss, responds not by calling the shot but by playing another card. He claims it is also a "Man of Honour" (which it really is).

Player two is in a pickle. She has no cards on hand, like a "Shoot to Wound", that could win her the round. She will have to bluff her way out. She decides to play another card claiming it to be a "Shoot to Wound" (though in reality it is a "Shoot to Kill", a card that would lose against player one's "Man of Honour"). 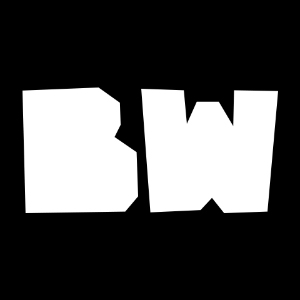