Evade capture and outlast opponents on a shrinking playing field!

Now you've done it...you pushed Olivia a little too far! Move Olivia around a self-destructing grid of 5x5 cards and have her catch your opponents before they have her catch you! Survive three rounds of play to be the winner!

Fans of Love Letter and Hey, That's My Fish! will greatly enjoy this game. Players draw cards not from a deck, but from the board itself. Olivia starts the game in the middle of this board. Players can then move Olivia around the board by swapping her card with other cards. The board gets progressively smaller as the game goes on. The cards you draw from the board allow you to move Olivia, discard cards from the board, secretly swap the card in your hand with one on the board, and, eventually, have Olivia catch other players who are not protected by any cards between them and her! Every round the cards that are in play change, so your strategy can switch between heavy offense, strategic card removals, and unofficial alliances with other players to knock out those who are further ahead of you. If two or more players survive the round, the player with the highest total value of their discarded cards is the winner. Win three rounds and you win the game!

This is a very nice family-weight game. 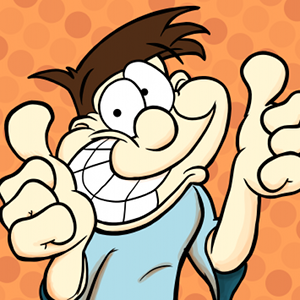