The new card game that celebrates the 50th anniversary of Captain Action!

This new card game celebrates the 50th anniversary of the first superhero action figure, Captain Action. The game features all the characters from the Captain Action mythos: Action Boy and his pet black panther, Khem, Lady Action and the diabolical Dr. Evil.

The game offers 3-in-1 gameplay, just like the classic Captain Action card game.

Overview: This casual game is for three or four players. Each player’s goal is to create the highest number of sets of 3 or more matching cards. Cards can form sets with the same background color (3+periwinkle backgrounds) or the same character (3+ Lady Actions). Action Boy is helping Captain Action, so any Action Boys in a set count double at the end.

Storyline: Dr Evil is at it again! The players must help Captain Action prepare for battle! Dr. Evil is, of course, evil, so he can’t be used in a set, only discarded. Wild Cards can be any card, even another Action Boy, but Wild Cards can’t be combined to make a playable set.

Set Up: Remove the Dr. Evil as Dr. Ling wildcard from the deck, then shuffle and deal each player 8 cards. Then, 10 cards are counted off from the draw pile and placed face-down to form the Countdown Deck. One card is played face-up to form the Discard pile. Since young Action Boy is the star of this Captain Action adventure, the youngest player goes first.

Planning Phase: At this point, the superheroes are planning their attack. On their turn, the player can either draw a card from the face-down Countdown Deck or from the face-up Discard pile. Then they discard 1 card, face-up on the discard pile.

If a player is satisfied with the 8 cards in his or her hand, and ready to begin the attack, they call Captain Action’s rallying cry, Let Justice Be Done!, which ends the Planning phase and begins the Attack phase for all players. If the countdown pile reaches 0, that means Dr. Evil got the jump on the players, and the players go to the Attack phase with a disadvantage!

Attack Phase: When a player starts the attack, or the counter times out, the Attack Phase begins. Now, each player must lay their hand of cards face up.

Each player discards any card(s) that aren’t being used in sets, and adds up the value of the cards in their sets. Cards may be used in multiple sets, and a card used in 2 or more sets can be counted two or more times to score. Each card in a set is worth 4 points, but any Action Boys are worth 8.

The player who began the attack can add the number of cards left in the countdown pile to his total.

The winner is the one with the highest value of cards in sets, plus the possible bonus for beginning the attack.

Optional House Rule: The Planning phase must be conducted in silence, to prevent Dr. Evil from overhearing the plan. One point from each player who speaks above a whisper in this phase.

Overview: This game is for three or four players. Each player’s goal is to discard all their cards before the others can do the same thing.
Storyline: The team is trapped in Dr. Evil’s prison! Lady Action has devised a way out, but they’ll have to be sneaky. Each person needs to carefully follow the person in front of them. Lady Action might find a different escape route… you’ll have to follow her if she does!

The player whose birthday is coming next is the first leader.
Setup: The leader shuffles and deals five cards to each player, then places the remainder of the deck is face down in the center to be used as a draw pile.

The leader chooses one card from his hand, and places it, face up, on the table. Each player must follow by matching the background or the character. If a player doesn’t have anything to play, he must draw from the face-down deck until he can play a card. Each player, in turn, plays a card that matches character or suit… with 2 exceptions. Play begins going clockwise, but if any Lady Action is played, she’s found a new escape route, so the direction of play reverses to follow her. If any Dr. Evil is played, he’s found the escaping teammates, and he slows all the players down. Each player (except the one who played Dr. Evil) must draw 2 cards.

Winning the Game: The player who gets rid of all their cards first has escaped first, and is the winner.

Overview: This simple game is for young fans of Captain Action, or to introduce Captain Action’s world to the children of fans. The object is to catch Dr. Evil by ending the game with him in your hand.
Storyline: Dr Evil is in disguise! The team must flush him out of hiding! The object of game is to end up with Dr. Evil in your hand.
Setup: Remove the Captain Action wildcards (0) and the numbered Dr. Evil cards, but include the Dr. Evil as Dr Ling wildcard. Shuffle the deck and deal all cards to the players. (It’s OK if some players have one card more than others players)

Playing: The players look at their cards and discard any pairs they have.Any two cards showing the same character in the same pose can make a pair, regardless of the background color. For example, Lady Action 9 could be paired with Lady Action 10, 11, or 12 but not with Lady Action 33.

When any player is out of cards, he is out of the game.

Winning the Game: The player who ends up with the Dr. Evil wildcard has caught the villain, and wins the game!

The game offers 3-in-1 gameplay, just like the classic Captain Action card game. with three fun ways to play! 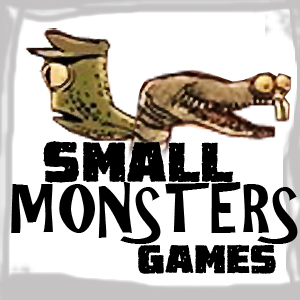