Card Tactics was a Semi-Finalist on the Solo Duo Contest 2021!

"There are a lot of setup options which means you won’t play the same game twice. I like how positioning of the cards matters and gives the player more to think about and plan around." - Gabe Barrett from Board Game Design Lab

¹ 1 player: In its standard game mode, Card Tactics is a solo game. Different modes under development. ² Deck Artificial Intelligence: Each enemy plays differently based on its positioning, effects and skill descriptions. 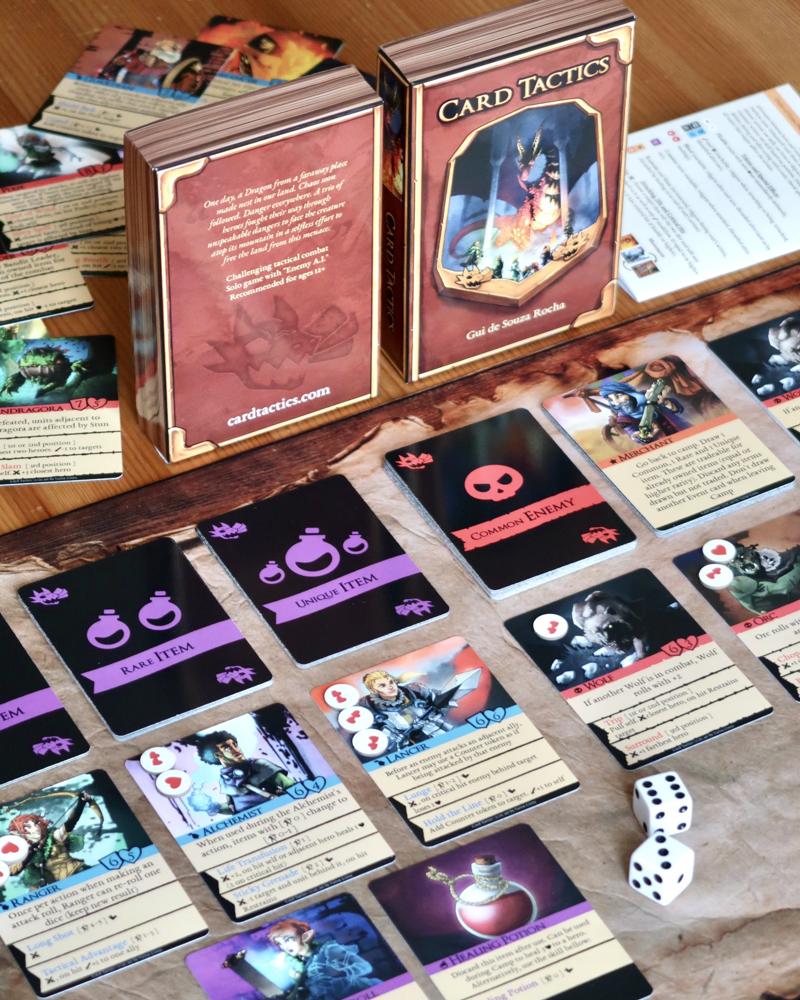 Each with their own special skills. Your team composition will enable different strategies but pose its own challenges to overcome. The Lancer and Guardian are beefier and can counter attacks, the Ranger and Pyromancer can easily dish out tons of damage, while the Druid and Alchemist possess unique healing and effects.

During the adventure heroes will face enemies and bosses of increasingly difficult levels. Common enemies (bandits, wolves and orcs) roam the plains and rural areas of the kingdom preying on the weak. Before reaching the next area, a dark forest, the heroes have to defeat the boss (the Bandit Leader, the Orc Chieftain or the Gorgon). Different enemies and bosses await at the next area followed by a fierce and evil dragon atop the mountains - if - they reach the last level.

Each item will give even more options in (and sometimes out of) combat. Some of them can be used multiple times and shared between your group of heroes, while others are one-time-only... use them wisely. The Grappling Hook can damage your enemies while also pulling them closer, an Elixir is able to heal your wounds in or out of combat, and the Hound will stop your enemies from using some of their nastier skills.

A hero's life is never easy: besides enemies to fight they will face all sorts of eventful situations on their travels - between one combat and the next. They might be ambushed, face a hard climb, encounter a nasty trapped chest or be lucky enough to stumble upon a merchant and more. 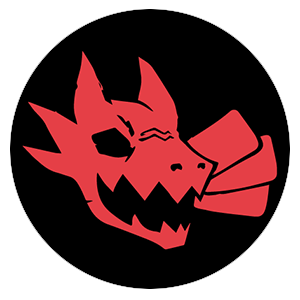