Clang! is a combat card game for 2 to 5 players, with great artwork, simple rules, and an easy, numberless game system - ideal for the casual gamer!

PREPARE FOR WAR! Included in the Core Army Pack are two unique armies, the Army of King Henry Oakenheart (blue), and the army of Emperor Maximillian Ravenclaw (red).

INSPECT THE TROOPS Each card represents a troop of knights and men-at-arms, showing a picture of their commander, with two sets of markings - their battle attacks at the sides, and the peacemaking skills of their commander at the top.

For both of these, the bigger the bar the better! Large bars beat medium bars, beat small bars, beat no bars at all! The same goes for red bars, but red bars always beat white bars, no matter what size.

So your troops can either enter into battle, or start peace talks, it's not all about the fighting! - alright, it is mostly!

BLOODTHIRSTY BEASTS! Gadzooks! What hellish horrors are these?! Prepare to do battle with The Bulbuslutch, The Vaminous Freep, The Flubberghast, and many more ghastly ghouls and foul fiends! The first expansion pack for Clang! is now available! - Clang! - Bloodthirsty Beasts 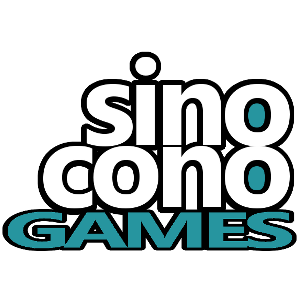