Printed rulebook not included (PDF available). The cheapest way to get a copy of C:DOS.

Crazy DOS, shortened and stylized as C:DOS, is a game themed after DOS, more specifically MS-DOS and multi-user Concurrent DOS (CDOS). Crazy DOS borrows mechanics from Crazy Eights and related games but what makes it a unique game is the use of real DOS commands (most cards represent both a file to "transfer" and a command you can "execute" to protect you from your opponents' actions or to speed up your shedding strategy) and a gameplay that simulates working with networked PCs.

Except for the obvious changes required to adapt them to a card game, the coolest part is that commands in C:DOS work like they would on the computer: with MD you can create a new directory (pile), CD lets you change the current working directory (the pile where cards/files can be transferred to), CLS cleans your shell (the pile where you execute commands), DEFRAG lets you see the contents of piles and reorder the cards/files to your liking...

With 18 different DOS commands and multiple game areas ("server" and "terminals"), Crazy DOS is, unlike Crazy Eights, a game with endless combinations. A GAME FOR EVERYONE

The more traditional and basic shedding mechanics have been tweaked to allow for 4 difficulty levels (Easy, Normal, Hard and Extreme) plus 3 ordering options (Open, Fixed and Variable), while the brand new command execution mechanic, C:DOS' core and signature, can be played in 2 different modes (Casual and Competitive), making for a total of 20 game variants, more than enough to find one that suits you or is more adapt to the people you are playing with.

There are some really dumbed down variants, but if this wasn't sufficient C:DOS still hides a cool trick up its sleeve:

Being partly based on Crazy Eights, if you remove the DOS/PC stuff you can use your C:DOS deck to play a simple and fast game so similar to popular UNO that anyone can get it in seconds. Party DOS is a great way to give your C:DOS deck a second use, playing with non-tech-savvy adults and kids a game they'll recognize and enjoy while at the same time you can slowly introduce them to DOS and computing in general, and at some point to C:DOS itself.

The rules for Party DOS aren't included in the rulebook but you can download them as a free PDF below in the downloads section.

A SAFE BET (AKA SALES PITCH)

The only deck in the world that lets you play hardcore C:DOS and casual Party DOS.

Get 2 games for the price of one!

Play Party DOS with kids while you introduce them to a chapter in computing history.

Your collection will never feel complete without this oddity in gaming's history!

A sure conversation starter!

If you downloaded the PDF before June 30 please download the current one. If before that date you ordered a copy of the game that included a printed rulebook contact me and I'll send you the new one free of charge.

Also includes rules to play with money or drinks.

THIS EDITION DOESN'T INCLUDE A PRINTED RULEBOOK

If you don't need or don't want printed rules (you can get them as a PDF instead) this edition can save you some bucks. Otherwise, look for the regular edition with printed rulebook here: 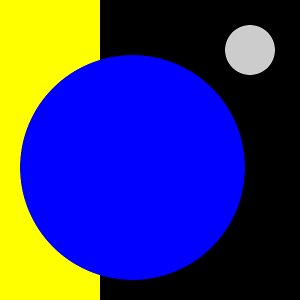