Curse of the Wymer Stones

Up to 4 heroes vs 1 Villain retro-style dungeon crawler. 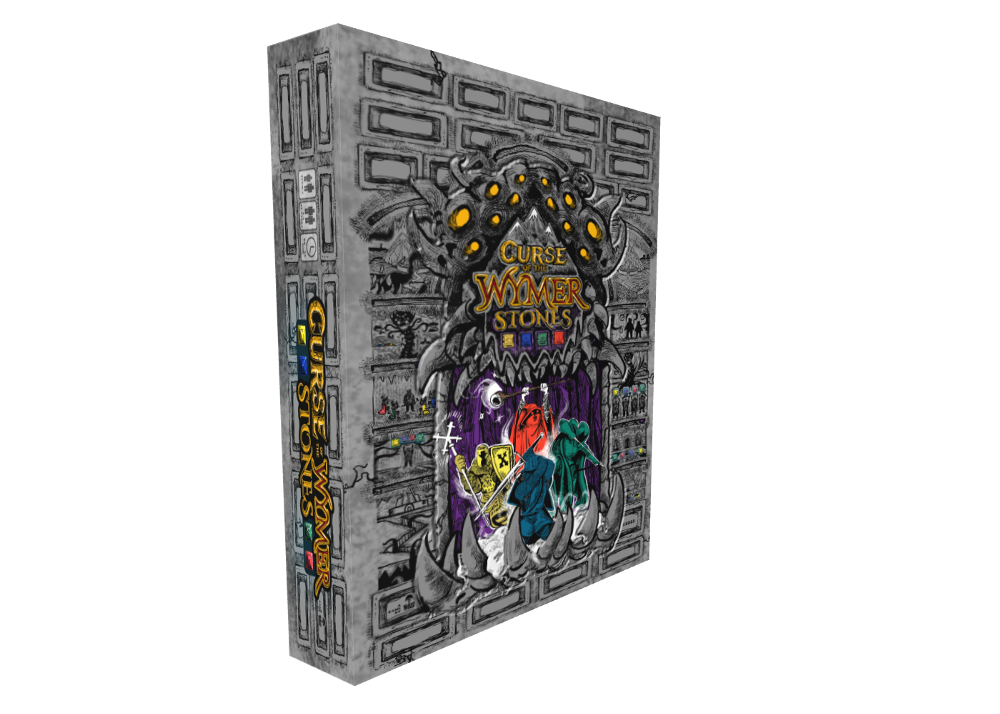 This retro dungeon crawler pits 1-4 Heroes against the Villain! 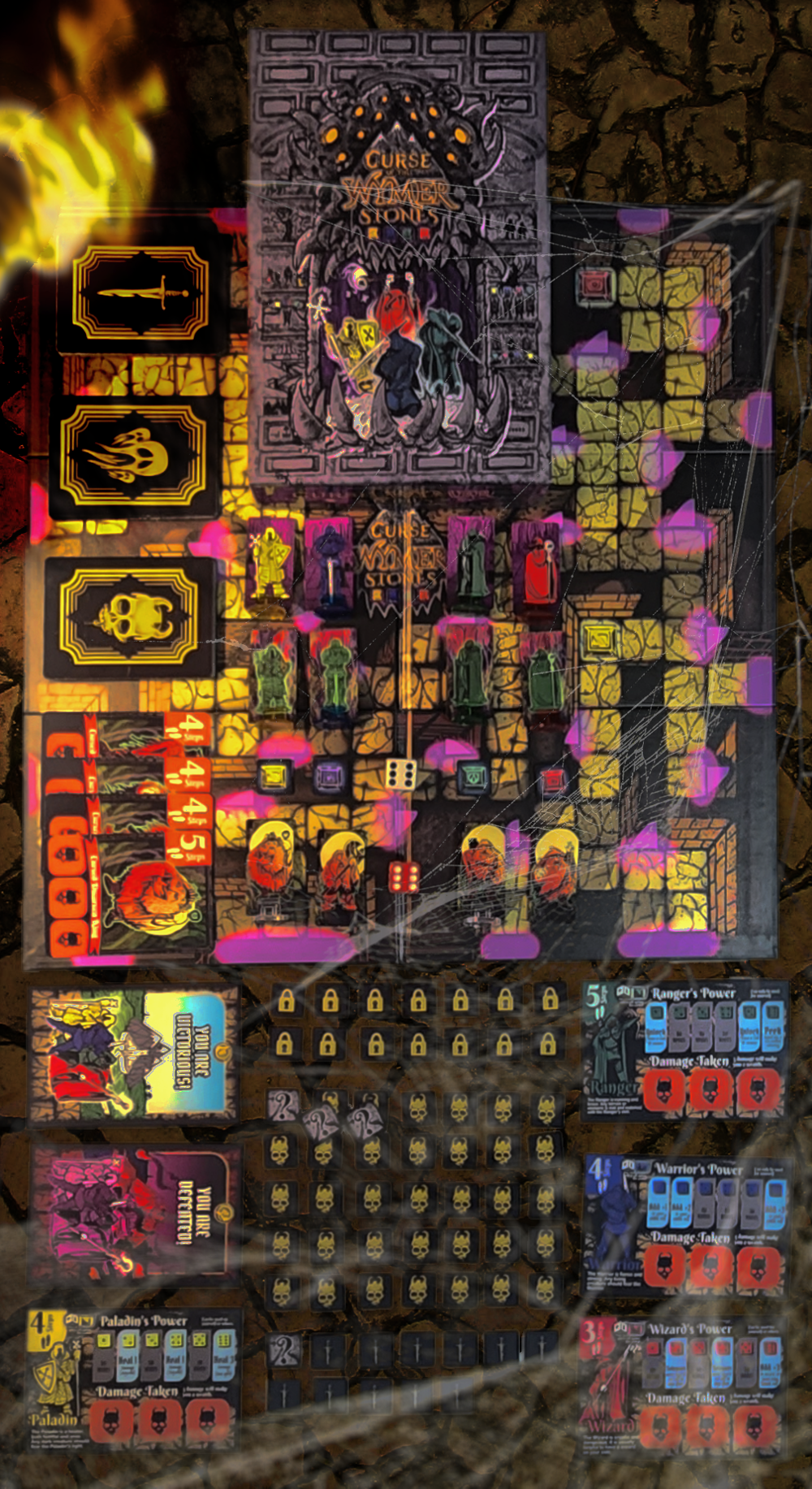 Play as one of four heroes or even as the villain!

As one of the heroes, you will make your way through the catacombs, working together to fend off dangerous creatures and traps as you search for your Wymer Stone. You must use your stone to defeat the Cursed Dwarves and save the kingdoms of Overwyrld from the evil Wymer. 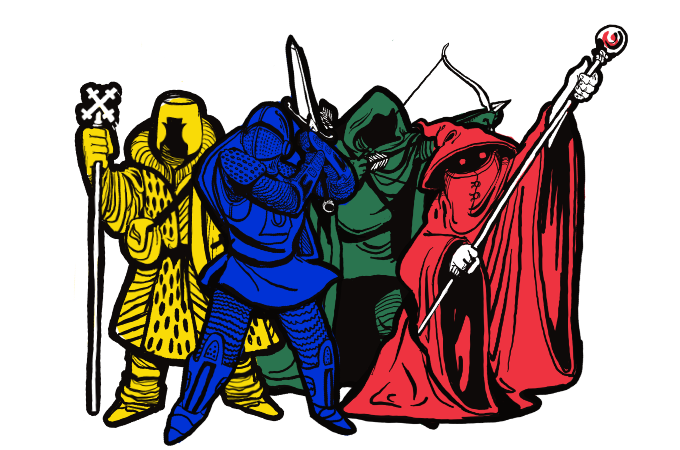 As the villain, you set traps and locks for the heroes to battle. Also, you will control the Cursed Dwarves as you attempt to turn the heroes into wraiths and doom Overwyrld to destruction by the Wymer. 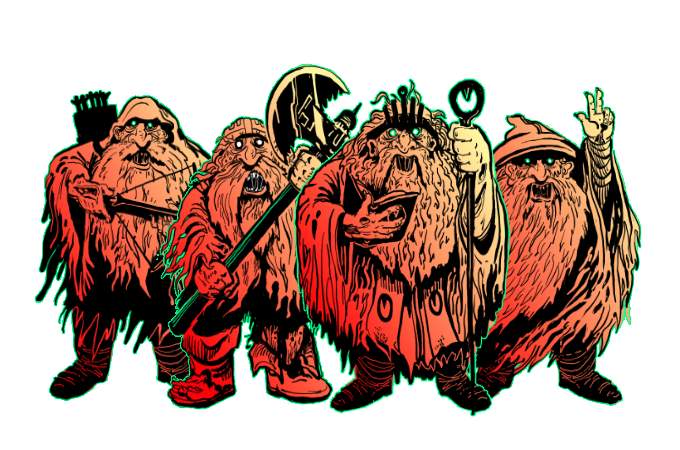 The game we always wanted to play

When we designed this game, we made it for players like us. We wanted it to be easy to learn, simple to play and challenging enough that we would want to play again. With a lot of effort and fine-tuning, we arrived at a game that we would have loved if it had existed when we were 14. Does that mean you'll love it? We hope so. If you're looking for a complicated, intricate and punishing game, this probably isn't the game you're looking for. If you want a retro roll to resolve adventure with a compelling story that is simple to learn and play, this is the game for you! 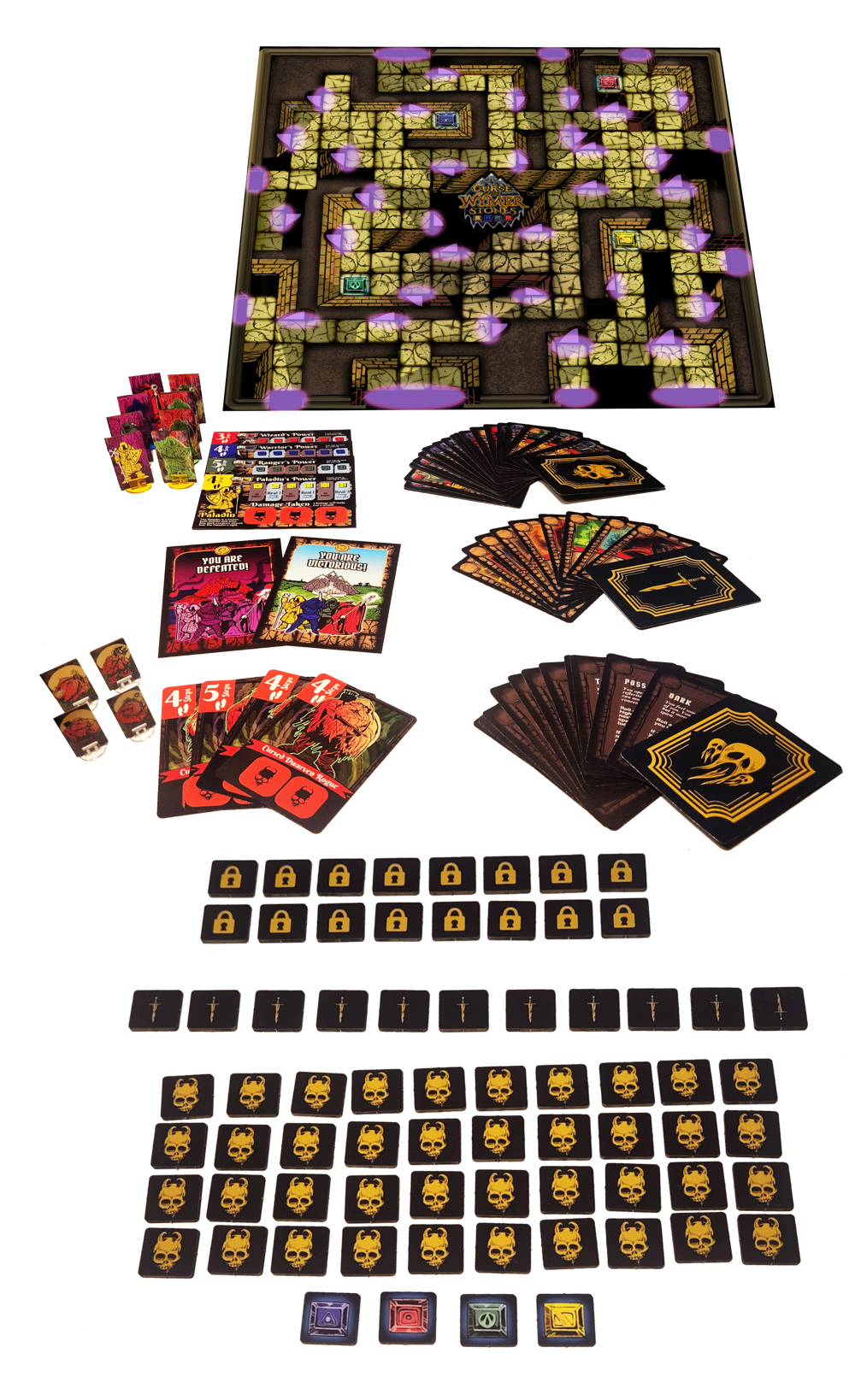 The final game is what we would call a "Classic Board Game" in that you have a character that moves on the board and interacts with pieces on the board. The part that is different is all the traps and monsters are played by a single player (the villain) and the other players (the heroes) try to beat the villain. Also, if one of the heroes dies, their game isn't over yet. They become a wraith, and the outcome of their die roll will either help the other players or hurt them. Eventually, the villain gains control of their playable characters, the Cursed Dwarves. Then, it's a head on fight between the living heroes and the Cursed Dwarves to see if the heroes win the game or the villain is victorious.

Curse of the Wymer Stones isn't re-inventing the wheel. There aren't weird mechanics that are difficult to remember. It's pretty much smash your way to victory or die trying. There are a lot of strategic opportunities, depending on how you play, but there's only one way for the heroes to win: Defeat the Cursed Dwarves. The villain wins if all of the heroes become wraiths. 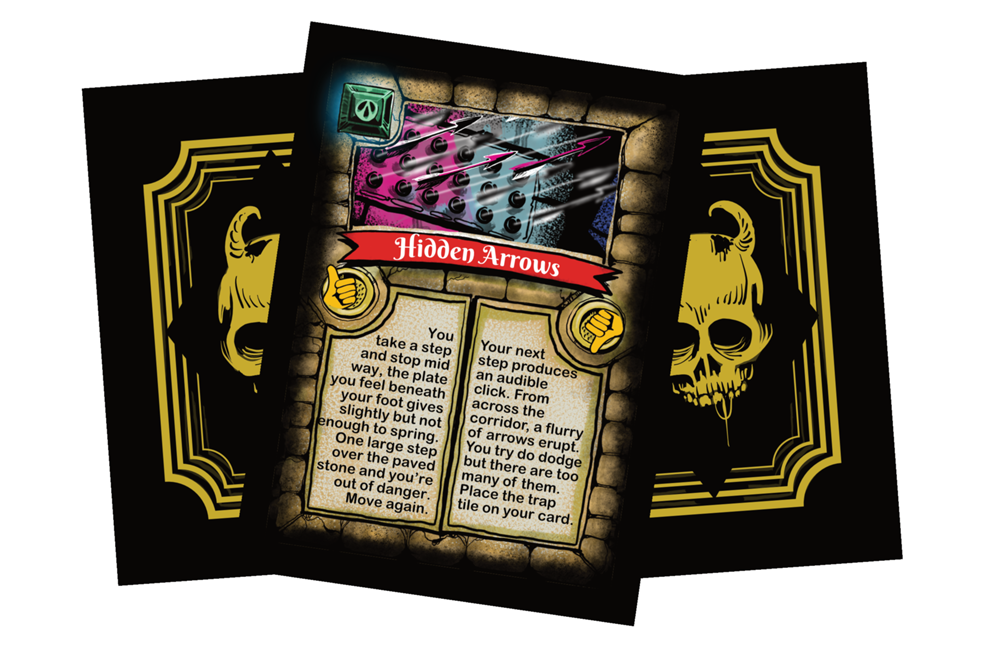 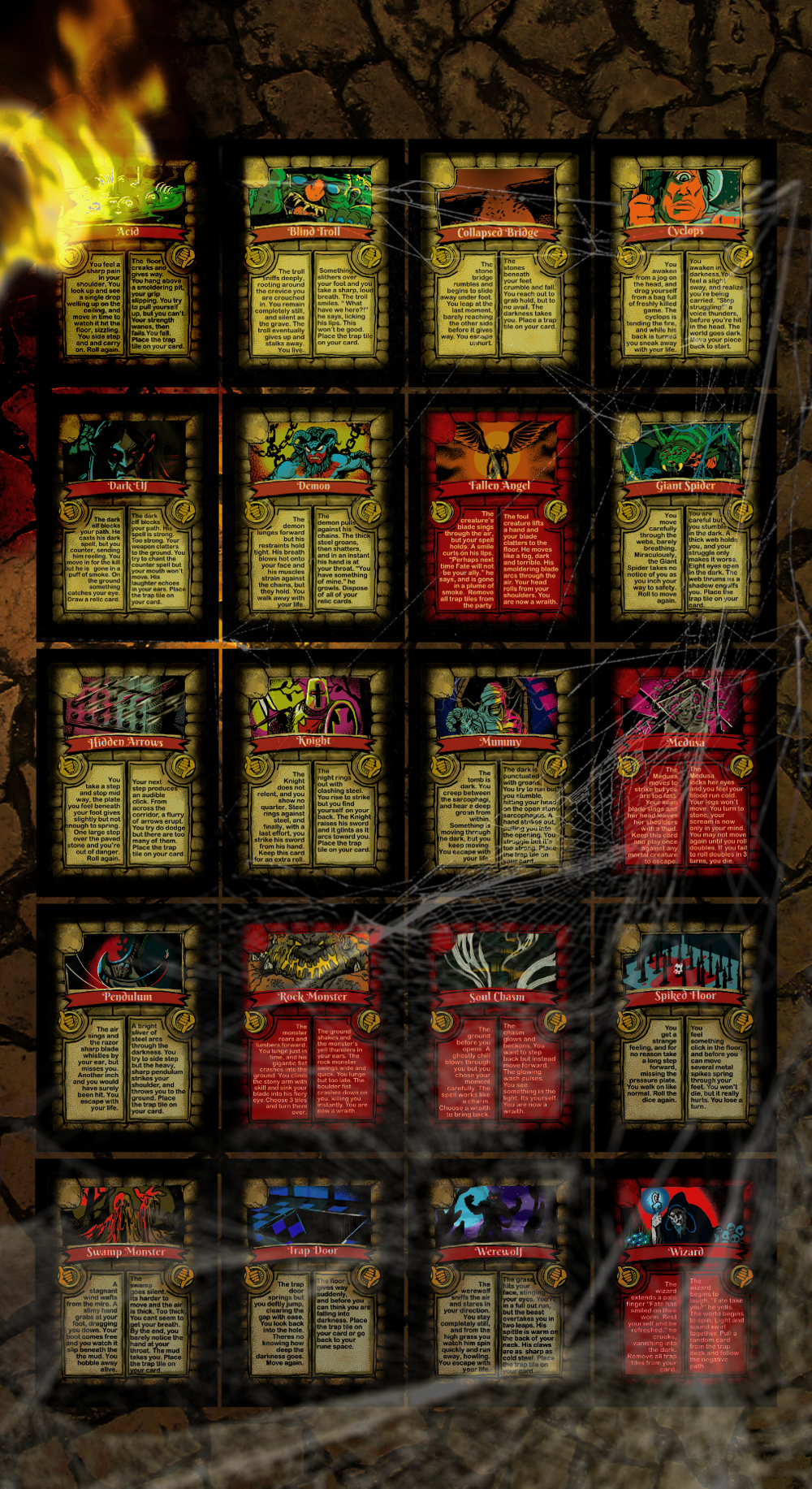 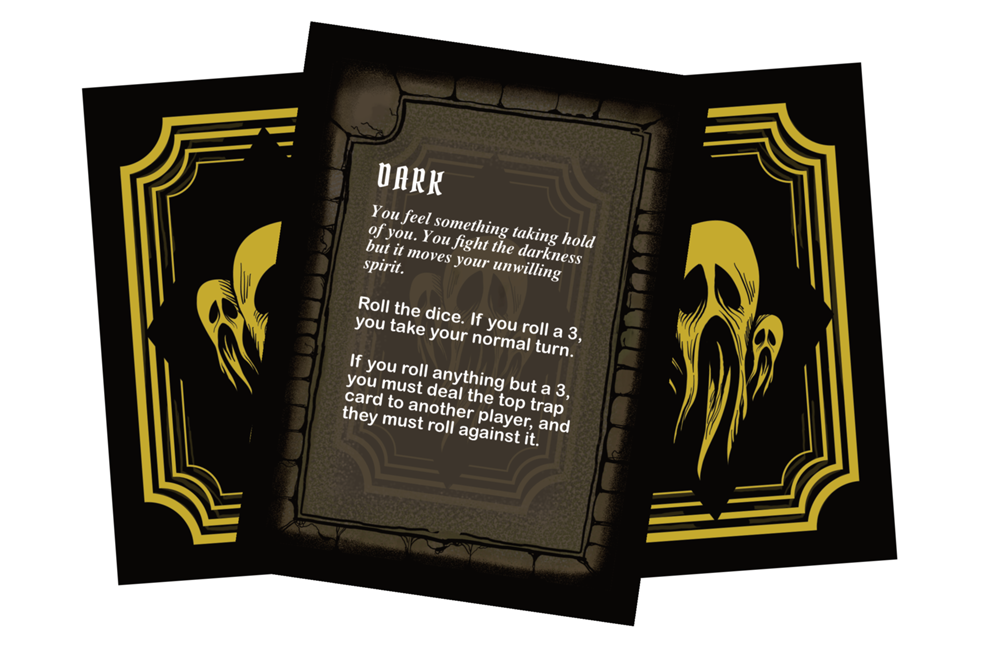 Dying isn't the end of the game If your hero falls in battle, you become a wraith, and you must attempt to revive yourself before the Cursed Dwarves destroy your companions as well.

There is a downloable / printable version here on Gamecrafter and on www.nukedcards.com. Be sure to check out the incredibly useful "How to Play" video from the very nice people at Meeple University. 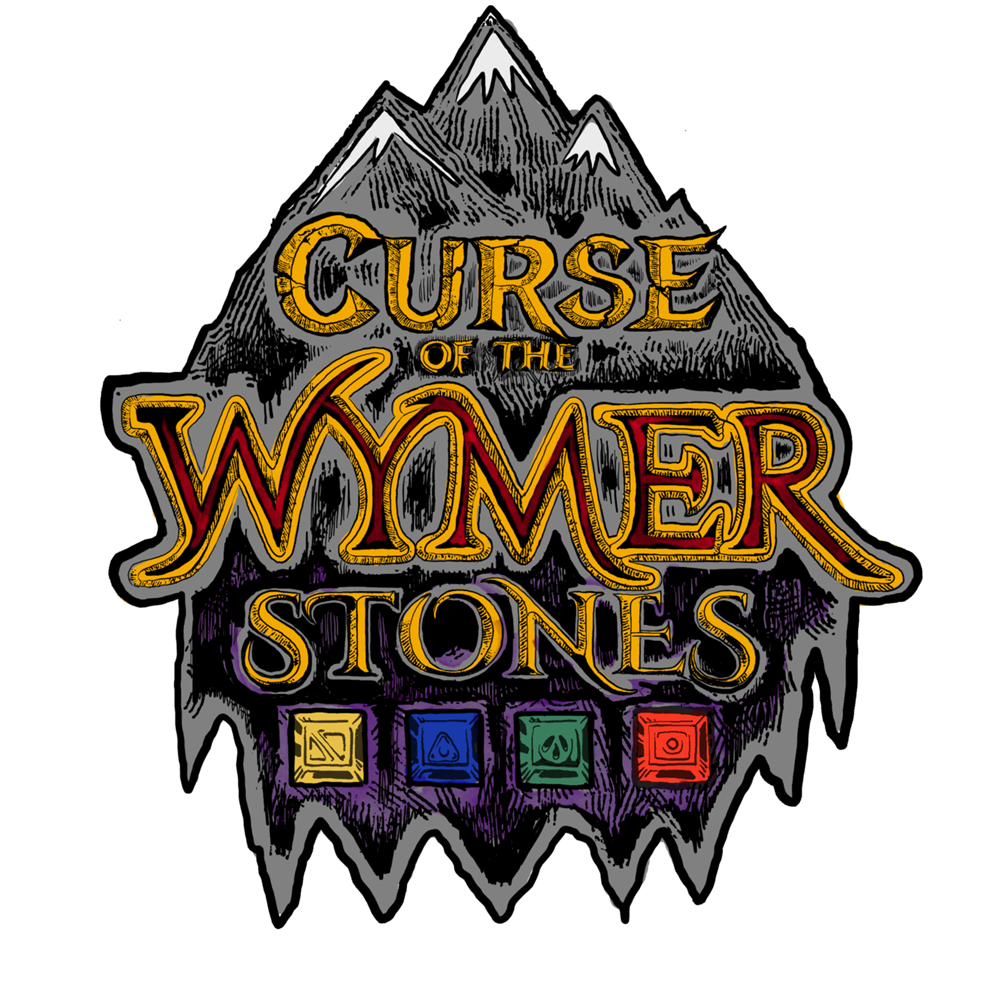 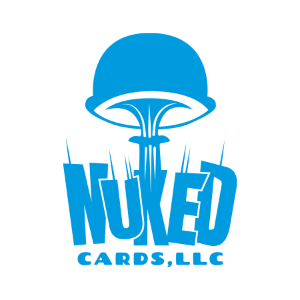