A draft and duel card game with a fantasy theme for 2 players by Bryan Johnson.
In Death Pit Duels, you and your rival assemble a team of fantasy warriors who then duel in a series of one-on-one matches. Win the duel and take the spoils. Lose and...well, it's not called a death pit for nothing! When the dust settles, who will be declared the victor?

The game is divided into two phases: Draft and Duel. In the Draft phase, players take turns splitting up randomly drawn fantasy fighter cards of various races (Cyclops, Goblin, Human, Orc) into two pairs. Their opponent then gets to select which pair to take. The player who originally split the cards into pairs must take the remaining pair of fighters that was unselected by their opponent. This continues until both players have built a team of twelve fighters.

The game then moves on to the Duel phase in which the players fight for a randomly drawn coin by revealing one of the fighter cards that they drafted. Each fighter has a base combat value and may also have a special ability to help them in the duel. The players simultaneously select a Duel card from their hand and reveal at the same time, adding the value of the Duel card to their fighter's combat value. The fighter with the highest adjusted combat value wins the coin. The game continues in this way until all twelve of a player's fighters have fought one duel each. The player with the highest total value in coins wins.

Fans of quick-hitting fighting games will appreciate this pure design with tense decision points that will leave you sweating – just not as much as the gladiators you’re throwing into the arena! 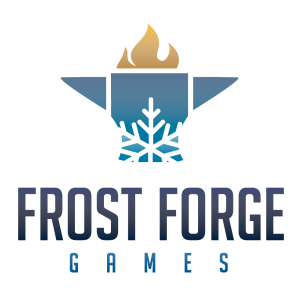