Delve the deepest darkest dungeon of them all

YOUR SOUL IS THE DEVIL'S PLAYGROUND

Dungeon Solitaire: Devil's Playground is a fantasy adventure card game. Fight monstrous diabolisms, overcome obstacles, and endure misfortunes as you delve into the darkest dungeon in a quest to defeat three powerful demons. Along the way you will collect treasure and unique magic items, encounter strange locales, and acquire three divine graces. But beware, the dungeon is deep and even if you survive all immediate dangers, a fate worse than death awaits those who linger too long. You may face starvation and insanity, terrible curses and demonic possession, forever haunted, in the darkness of the pit.

REVIEWS FOR THE ORIGINAL GAME:

"It is called Dungeon Solitaire ... and it is brilliant." -- John Payne, Sycarion Diversions

REVIEWS FOR LABYRINTH OF SOULS:

"This game keeps calling me back, and I haven’t stopped thinking about it. Especially when playing “campaign mode,” the story-telling element really shines. I haven’t had this much fun inventing fantasies and character backgrounds for nobody’s pleasure but my own since I was 16 and discovered Dungeons & Dragons." -- Geoffrey Greer, Past Go

"The best thing going for DS-LoS is that it's a lot of fun .... I found myself playing hand after hand trying to beat my score. Sometimes the game is just brutally punishing and I'll get killed by a monster on my very first turn, but most of the time I have enough options available that I'm able to enjoy a strong feeling of being challenged. That's hard enough to do with a video game, let alone with a deck of cards." -- James Bulls, Left-Hand Tarot

"Overall I give Dungeon Solitaire five out of five hearts – go play it right away!" -- K-Slacker, Mutants & Magic

"I have been consumed by this game and overjoyed at how much clever thought went into the making of this project."

"There are literally hundreds, if not thousands, of solitaire variants out there, but this is exactly what I've been looking for since the dawn of time. It's amazing something like this hasn't been created until now."

"Received my book today and absolutely love it." 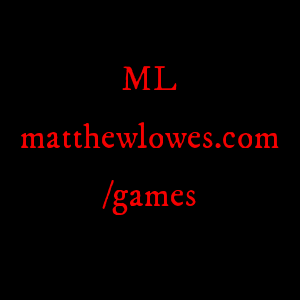