Dungeon Zone is a 2-4 Player Game. The game is designed to pit Player against Player in a Battle to build Dungeons.

The object of the game is to collect points by building dungeons while stopping your opponent with Monsters, Creatures, Zombies, Warriors, and Dragons.

Players use Weapons and Monster cards to defeat Creatures and Monsters placed in their path.

The player who creates 5 complete dungeons with the highest points wins the game.

Creatures, Monsters, Zombies, and the like are played against other players to stop, block, or delay them from building and completing their Dungeons.

There are four different types of "Special" cards included in this game. The Magic Skull cards are like wild cards, and can be used to replace any dungeon card already in play. There are two Mystic Orc cards which allow the player to steal a random card from an opponent, and there are two other cards, the Royal Staff, and the Power Bow, both of which add or subtract points from the players and opponents scores.

Original Artist D.faulTx Concept Arts by D-faulTx on DeviantArt The original Artwork has been modified, and is used under a Creative Commons Attribution 3.0 License. (CC BY 3.0) 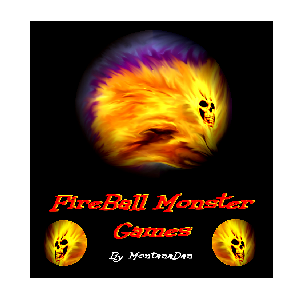