Build your winning musical and vocal ensemble for the yearly festival.

In days of yore, the dreariness and difficulty of daily living was interrupted by celebrations filled with feasting and festivity. Your goal is to collect cards and build sets of percussion and melodic instruments, female and male choirs, and to finish in first place at the yearly festival. Watch out for opponents stealing your performers and being left off the stage. Oh, and dragons.

Festival! is a musical, set-building game for the entire family.

In turn, players move one adjacent location on the map (Palace, City, Village, and Country) collecting Ensemble cards to form sets. Cards may be played and scored in the City, while Palace cards add bonuses and special powers. Four times per game there is a festival at which players may move onto a stage and get bonus Finale cards. The fourth festival signals the end of the game and the Festival Finale.

In the Palace, players may draw a Palace card from the top of the deck. Palace cards help players by offering them a special ability (Captain, Caravan, Governor, Knight, Patroness) or by allowing them to steal an opponent's played card during a Festival (Composer, Arranger, Director.)

A second Palace location is opened up when playing with 6 to 7 players. A player may not hold two of the same Palace card. In the event they draw the same card a second time, they simply discard it. No player is allowed to go to the Palace more than once before the first Festival. From the Palace players may move to the City.

In the City, players may choose to either draw 1 card from the Ensemble Deck, or to play any number of cards from their hand to immediately score points.

Played cards should be displayed in their categories and in sets so opponents can see for end-game scoring and for stealing cards during Festivals. Set and superset points only count when cards in the set are played together at the same time, but cards may still be played even if they are not in sets. From the City players may move to the Palace, Village, or a Festival Stage during a Festival.

Under no circumstance can a player end their turn on the same location from which they started. If the Ensemble deck runs out of cards, reshuffle all of the discards (including Dragons which have not been slain) to refresh the Ensemble deck. 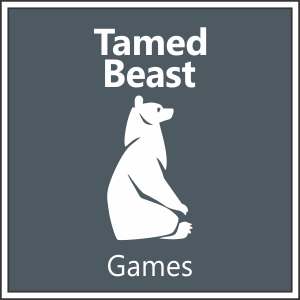