It's a race to 10,000 but even after you've made it, the game can be stolen right out from under you

The goal of the game is simple, roll your way to 10,000 points first, and stay there ahead of the other players. The heart of the game however is really all about using your cards to effectively get in the other player's way and stop them from getting there before you or steal their points if they get to 10,000 first. 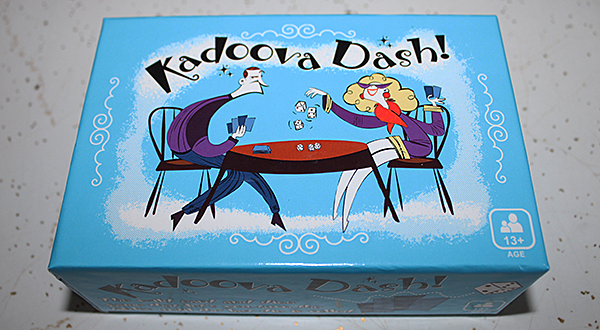 There are dozens of unique cards in the game. For example, this card lets you even out the score (with a cut for yourself): 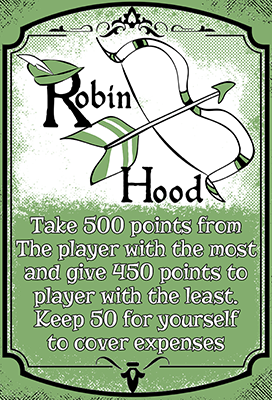 You could find a card that lets you re-do an unfortunate roll you've made or make another player re-do a roll that they were probably quite happy with: 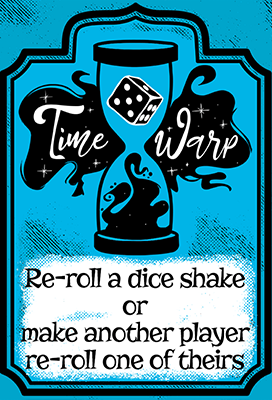 If you're feeling especially cruel you could force them to make a choice between losing points or trying to make a lucky roll: 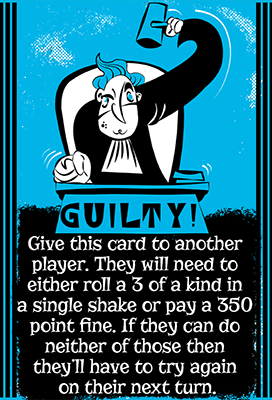 Then when someone tries to do the same to you, just hit them with a BLAMO! card and maybe they'll think twice about going after you again: 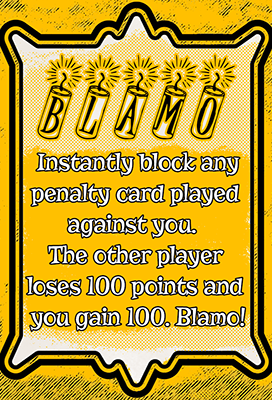 Using these cards wisely is a crucial part of the game and where strategy really comes into play. Maybe you're in the lead and want to slow down your nearest opponent so you play a card that makes them re-roll a Straight. Perhaps you've been behind for much of the game, but you've held on to a card like Tax Time and you give it to the lead player just after they've hit 10,000. They could end up losing thousands of points and give you a chance to swoop in and steal the game! 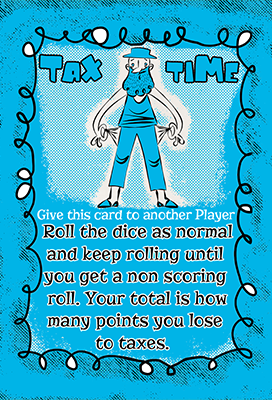 We've made it a priority to create games that bring people together, to laugh, to smile, and share a memorable evening. Everything we make is designed to capture those moments and Kadoova Dash is no different. We know that once you've played one of our games you'll want to share those experiences with others just as much as we look forward to sharing them with you.

"Honestly, of this style of game...this is the best one that I've ever played." 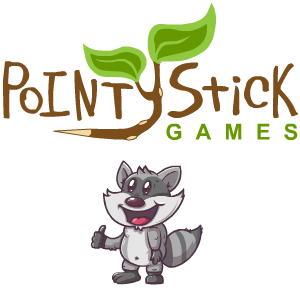