IT’S A CAT-ASTROPHE! Become the ultimate snuggly predator in the Kitty Cat CLASH! Deck-Building Game. Up to four players play as one of seven different cats to compete for the title of being the Alpha cat. Build your deck from obtaining cards in the house and use them to get stronger cards to attack your opponents and destroy different rooms. Watch out though, the Hooman’s presence can overwhelm the house and cause all players to lose. Like a real cat, you’ll need to form uneasy alliances to avoid your Hooman while proving you’re the best!

Taking a new spin on the deck building game type, the Kitty Cat CLASH! Deck-Building Game has players move their cats from room to room, buying cards to add to their decks. Players have to be careful though, other players may take a swipe at you and steal cards from your deck as prizes to put in their victory pile.

Players will need to balance between buying attack and defense type cards to keep themselves safe while trying to claim territories and steal the most prizes. 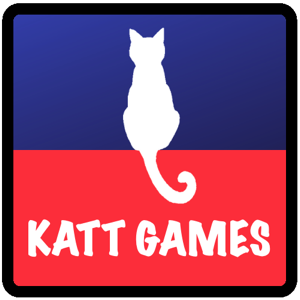