Spectators watch in awe as robots armed with laser cannons blast each other in vast arenas. Tactics and destruction rule, and only the best survive.

Laser Bots is a pocket sized game that comes in a mint tin. Players each control a robot via an innovative action management system: actions become more powerful depending on the amount of cards you have played, so the order of card play is the key to victory.

Laser Bots is also available as a free Print & Play.

Destroy your opponent's robot before they destroy you.

There are four different robots, each with its own robot board and four unique program cards. The program cards form part of your hand and are used to perform actions. Two basic program cards and two random advanced programs are also added to your hand.

Each turn players place their cards in their 'program row'. Many actions become more powerful the more cards you have in your program row.

There are four different robots to choose from, each with different abilities and strategies. 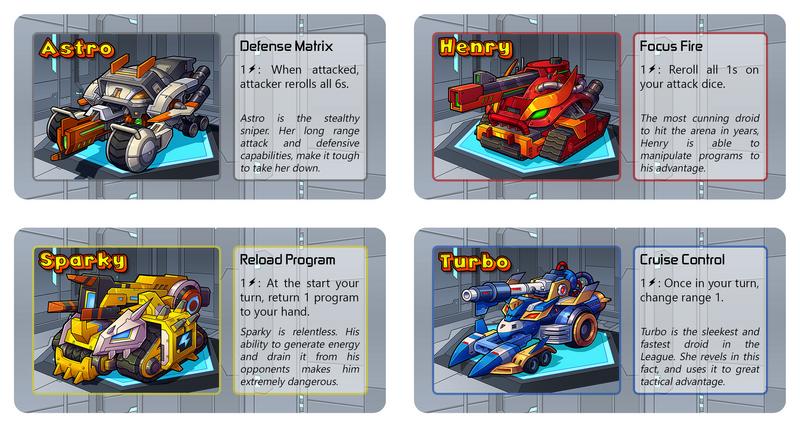 Program cards list the actions available to your robot; there are instant actions (the down arrow icon) and delayed actions (curved arrow).

Each robot has four unique program cards to fit their strategy. These comprise a defensive card, a movement card, a standard attack, and a double damage attack. 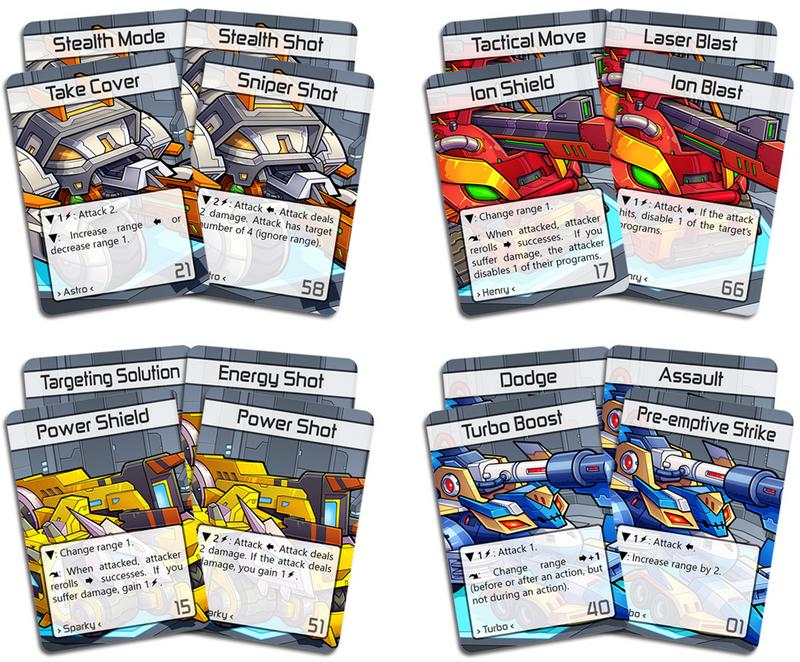 Added to these cards during setup, each robot gets a set of two basic program cards…

… and two random advanced program cards from the 12 available.

So each player starts with a hand of eight cards, and can draw additional advanced program cards during the game. This adds a lot of replayability as there are countless combinations of starting hands. 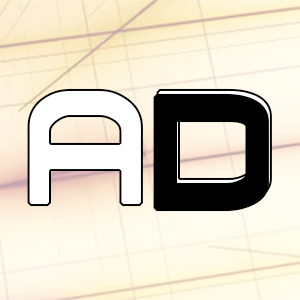