Loolilia is a cooperative dungeon adventuring game for one to four players. Play as a Shifter, Elf, Fighter, or Wizard as you adventure through Dungeon tiles, fight Monsters, collect treasure, and learn new spells and abilities! Will you be able to destroy the Corruption, or will you become Corrupted?

The world of Loolilia used to be a place where all creatures lived peacefully together. Death only ever occurred due to natural causes. Loolilia lived in harmony with nature for thousands of years. It was strictly forbidden to ever take the life of another living thing, except when food was needed. However, this all changed during the time of the Corruption. The world plunged into chaos. It all began when Sarahos, Loolilia’s most renowned and beloved wizard, began experimenting with a Crystal he found deep under the ground. The Crystal called to him, promising him power and immortality. Sarahos connected his life force with the Crystal, which caused his complete corruption. From that day forward, Sarahos sought out every living creature, desiring to corrupt it as well. All the innocent creatures became Monsters. However, Sarahos wanted every living thing under his control, so he sent his Monsters out to corrupt sentient beings as well. When a sentient being was corrupted, they became a ghostly shadow, losing their soul forever. Loolilia was dying. What once was a beautiful and peaceful place was turning to darkness and chaos. Fortunately, not all hope was lost. Four brave Heroes delve deep into the Crystal Dungeons, hoping to destroy the Crystal and the Corruption once and for all.

Here is a link to the instructions. Loolilia Instructions 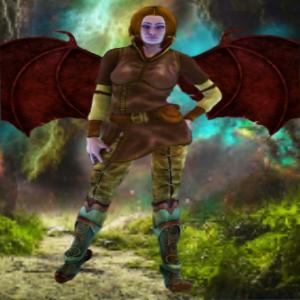