In Martyr: Bloody Theater 1528, you will push your luck using action selection to react to an ever-changing game state, while controlling the advantage, or disadvantage, of player turn order.

But stay focused, because as you incentivize other players to aid your cause, you may also be delivering them to victory...

Those criminals are being called “Heretics!” “Enemies of the Government!” “Messengers of the Antichrist!” And you're compelled to join them.

Europe, early 1500s. Now, the State Church has determined that you, too, deserve a terminal sentence for committing multiple crimes – that is, what they have decided are crimes.

But you are scheming to seize a rare opportunity: To use your final act to subvert the State Church’s effort towards full governmental supremacy. Armed only with a message and your final breaths, can you use them shrewdly in the ultimate performance of your life?

Shown below: Video teaser highlighting integration of the theme

Your goal in Martyr: Bloody Theater 1528 is to score the most points over a variable number of rounds by claiming beneficial tiles from the game board - Doctrine tiles to point you towards victory, and Spectator tiles to help you along the way.

Strategically choose where and when to play your Breath cubes, which allow you to perform actions that help earn you the right to claim tiles and also control the pace of the game. 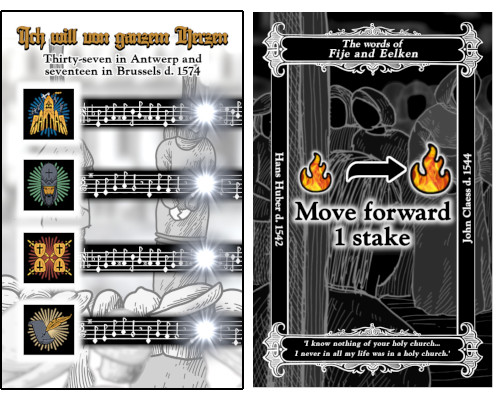 Shown above: A Hymn card (left), one of four location where breaths can be placed and a Sermon card (right), to manipulate turn order and gain Spectator tiles

Your final points will be based on your speculation of the potential value of your accumulating tiles on their associated Allegiance tracks. 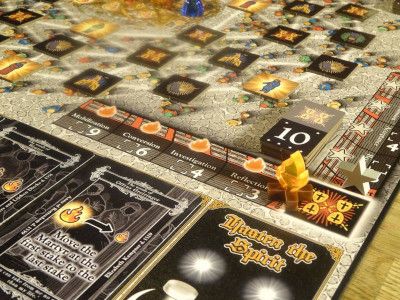 Shown above: The Allegiance tracks for the Doctrine of Just War

Timing when to select your potential values is crucial as other players may or may not assist you in realizing that value.

The game ends when you and/or any other Martyr have no Breath cubes remaining.

Shown below: Video explaining how to set up and play a four-player game.

Martyr isn’t the sort of game that leans into easy characterization.... Although there are only three actions, their interactions are interwoven in interesting, unexpected, and, yes, oblique ways. 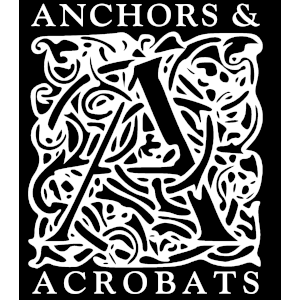