Take sides and protect your interests as war threatens to destroy your island.

The northern land of Ildamar has long coveted the resource-wealthy lands of Rona, a fellow continent across the Telemaquane Sea. Ildamar’s head military statistician, General Tyrk, finally convinces the King to invade their southern neighbors. You are from Melusine, a small island nation caught in between the warring countries, and your land is now the battlefield. Ignoring the war is not an option, so you and your fellow villagers must decide how to act in face of the oncoming peril.

Will you attempt to defend Melusine’s sovereign rights, using economic means to battle your enemies? Will you side with one of the conflicting countries, bribing your way into their good graces? Or will you attempt to play all sides from all angles, hoping to come out on top in the end?

Every player has a unique profession with different skills and assets, which will help them navigate the world, complete quests, and barter goods with the warring nations. Eight NPCs help protect the player from the encroaching battle lines, and five mystical items are waiting to be found, each of which can bestow upon the player special abilities. As time progresses through the game, seasons pass, military leaders succumb to the war, and resources become more scarce and valuable.

After three years, the treaty lines are drawn and the scores are tallied. Only those supporting the country on top will stand a chance to win.

History:
In 2009 I received my MFA in game design from SCAD, and as part of my thesis on studying primal emotions in game mechanics, I created this board game. With guidance from my thesis committee (Brenda Brathwaite, Andrew Greenberg, Robert Mathiesen) it underwent tons of playtests, iterations, and test subjects. A huge thanks to everyone at SCAD who helped play, test, manufacture the prototype pieces, and record all the data making the paper possible. 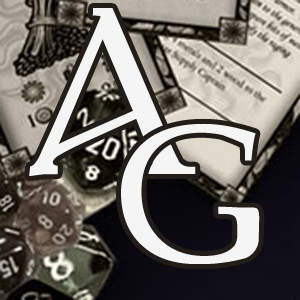