Become a part of Wroth City and uncover it's mysteries! Answer the question: Who is Sam?

"Welcome to Wroth City, a city of mischief, mayhem, murder and mystery! You have just been assigned as captain of one of the four major precincts of Wroth City and it is your job to keep order on these streets. Recently, a man known as “The Reaper of Wroth” has been causing havoc across the city seemingly targeting the crooked and corrupt. Bodies have been piling up and you have been put to the task of bringing this monster down. The only thing known is a name: Sam.

Hit the streets using every resource you have at your disposal and track down his next potential victims before the captains of the other precincts (or before Sam is able to “remove” them). Your job (and possibly life) depends on your success."

Up to four players (or even 4 teams of two) go head to head taking turns moving around the map in search of various notorious criminals attempting to make their way to as many of the twelve locations around Wroth City as possible before nighttime hits. When darkness falls upon the streets, The Reaper comes to claim one of them. It is your job to figure out who he is after and find the intended Victims before he can get to them. Be the first to find and capture three of his targets and safely make it back to your precinct to win the game. You may drop a roadblock to head off your opponents' attempts to overtake you. This is a cutthroat game where it's every man, woman and child for themselves. Or perhaps you'd like to take to the streets by yourself? Who needs the chaos of more than one captain in this city while searching for a murderous vigilante? There are options for solo play as well! But be careful of who, or what you may run into out there. Wroth can be a dangerous place.

The set up and initial look of the board reminds one of Clue. Don’t be fooled. There are two phases of play: daytime detective work, and at night the police work kicks into high gear. It’s a roll and move game with random actions dictated by drawn cards. Once the game gets going, those action cards, the game board encounters, strategic sprints through the city, and most of all the ruthless every-person-for-themselves mindset that inevitably takes over causes mayem at a fever pitch. All of this creates a world where nothing is predictable, and where anyone can win right up to the last dash for home.

Memoirs of Wroth City: Interception is based on an upcoming series being filmed and produced by Broken Television Entertainment. While on set, actor Dave Durham realized he was in the middle of a fictional world that would make a perfect setting for a board game! Rich characters, intricate relationships, dangerous situations, - the works! The idea for the game came quick and just like that Dave and Justin R Diemert, the project’s Writer/Director, were on an adventure into Game Making World. We have stories and stories about how we found our way through the process, but we are more than happy with the result. Now our cast, crew and friends of the project can all revisit the multi-year experience through playing “Interception.” Over a hundred volunteers who participated in making “Memoirs of Wroth City” are all represented on some component of the game, making it the perfect yearbook. Did I mention how much fun we had playing the game? Probably should have said that right up front. Rookie mistake...

We hope you enjoy the game as much as we have enjoyed the process of making it! Get to know the cast of characters represented in Memoirs of Wroth City and familiarize yourself with some of the lore of the world peppered throughout this tabletop experience while waiting for the release of the series! At the end of the day, we are not necessarily game makers, but are instead filmmakers. We did our best to create an enjoyable experience for all that's as fair and balanced as possible all while keeping the spirit and feel of the series intact and alive through the mechanics, art work and all around feel. That being said, whether you are familiar with our work or not, we believe everyone can get an enjoyable experience out of Memoirs of Wroth City: Interception. We're excited to share our world with all of you. Thank you for taking the time to check out the game and we would love it if you would leave a review about your experience! One of our favorite things about Interception is hearing all of the different ways a game can go. It's never the same experience twice! Share the story you and your friends were able to create in our city!

Already bought the game? Check in occasionally for house rules the creators and other players have incorporated. Also see which of those have been added to the official rules. That page is located here INTERCEPTION HOUSE RULES | Stage, Screen and Me

If you would like to follow Broken Television Entertainment for any future updates, be sure to head over to our Facebook page at: Redirecting... All future releases and projects will be shared there as well as any possible future updates to the game!

Alternately you can follow us on YouTube at www.brokentvent.com and get immediate updates when new episodes of the series go live! 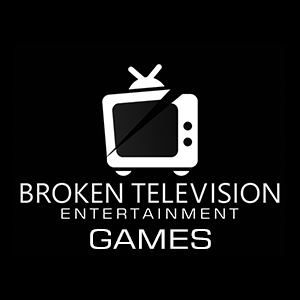