The world have fallen into disarray. Governments have been toppled and countries split as economy has been all but eradicated and small independent forces squabble for control over the remains of a once great civilization. Very few large nations still exist and those that do sits on some of the deadliest caches of weapons of mass destruction ever seen. Being infiltrated at every point and level of the society the governance these nations' leaders exercise are thin at best. Forget about what you know about nationality and traditional borders.

Three distinct different Factions have emerged all over the world, fighting for control over these larger nations. They sometimes manage to influence their way all to the top, only to be replaced by another in a seemingly endless battle.

But then you came, a natural leader that can bend not only these Factions to his will, but also the entire collective of a great nation. But there is only madness left in the world, what salvation could you possibly bring? Being driven to the same madness as the rest of the world you can only see one way out of it: Destroy everyone else and start over from scratch! After realizing the wealth of weapons at your disposal you set out on your endeavour. There is only one problem, your idea is not yours alone. Other nations have seen the same rise of leaders as you, and the world is facing an escalation of a madness never seen before...

In Missile Attack you take on the role of a president governing a nuclear weapons capable nation. Your mission is then simple: Level your competitors cities while protecting your own!

You play the game with your own deck that you build to suit your own strategic preference and playstyle. You face off against other players that also play with their own decks. You will use all kinds of sneaky tricks and weapons of mass destruction at your disposal to ultimately be the last one standing! In this game Nukes are politically correct!

This package contains 68 game cards, with a few guaranteed cards and the rest randomly chosen from the entire set of cards. This is enough to construct a 30 card deck suitable for smaller games, typically known as Sealed Deck. You will also get three complete Cities.

This product is generally known as a Tournament Pack. If you play in Sealed Deck tournaments this is all you get at your disposal!

NOTE! This is not a complete game! Each player will need his own deck to play and you will also need a handful of dice and some counters.

RULES are not included in this product! You can download the Rules as a PDF here below or visit the official homepage. 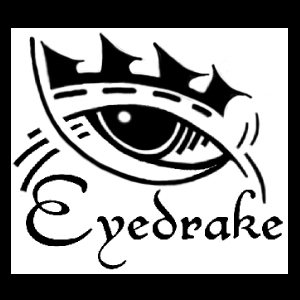