A whole new way to play with the pirate lore cards from "The Spanish Treasure Fleet"!

Can ye get out alive? With yer treasure too? Or will it be naught but a short drop & a sudden stop fer ye! A short life but a merry one! That’s the pirate way!

But a few did get out alive, and with their treasure too! Can ye do it? Will ye head fer shore before yer doom befalls ye? Or perhaps the call of all that gold and silver is just too strong fer ye to heel about.

Pirate Pursuit – The King’s Pardon is a push-yer-luck card game for 2–6 players where, from time to time, yer famous pirates will be offered the King’s Pardon. Some may grab it quick and retire with their treasure hoard. Others might resist, sailing back out for just one more prize!

Capture as many Pirate Lore cards as ye dare before accepting the King’s Pardon. But, if yer doom catches up with ye first, then too bad; ye can’t take it with ye!

How Does it Work?

Players choose from eight famous pirates and then take turns asking each other questions about real pirate lore! Answer right and yer pirate adds the card to their treasure hoard.

Not all cards are so benign. Draw yer pirate’s doom card and they’re off to join Davy Jones along with any lore they’ve collected. But don’t worry – while there's still another famous pirate for ye to choose, ye get to keep playing!

A Lucky Few Get Pardons Too!

Draw one of the King’s Pardon cards and ye have a choice to make: retire with what ye’ve got, or go back out to take more prizes in hopes that pardon wasn’t the last ye would see! If ye chose to retire, then pick another famous pirate and keep growing yer wealth of knowledge!

The End of an Age!

When all the pardons are gone or there is no famous pirate left collecting lore, then it's time to tally the score. Yer pirate lore is yer wealth, and there's bonus points to be had fer Pirate Lore cards related to yer famous pirates! So count carefully!

The questions about pirate lore are organized into three levels of difficulty...

Be sure to give any landlubbers a helping hand! No one knows all the riggin' on the first day!

Expect to build yer knowledge over time! Each game will increase a player’s knowledge of pirate lore fer next time!

Cut the deck in half! Take out the Captain's Lore! Give 'em a chance to read over some of the cards before the game, or a second chance if they get an answer wrong!

Up the Challenge fer the Old Salts!

Once yer familiar with the basics of the game and yer knowledge of pirate lore is growing, ye may increase the challenge by employing any of these optional rules!

This version of Pirate Pursuit – The King’s Pardon is for those that already have, or plan to buy, a copy of Pirate Pursuit – The Spanish Treasure Fleet. Both are family-friendly games filled with educational content related to infamous people, historical events, world geography, and naval vocabulary from the time of the first Spanish Treasure Fleets to the end of the Golden Age of Pirates.

* This edition is meant to be used with the base Pirate Lore cards that come with Pirate Pursuit – The Spanish Treasure Fleet.

A full, standalone version of The King's Pardon can be found here! 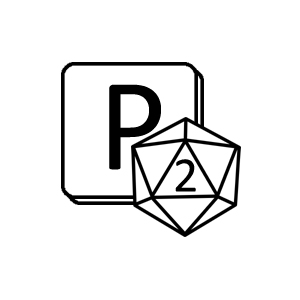