Dive into a deadly dungeon and try to outlast your opponents in a game that's never the same twice.

Escape is Hopeless. Survive While You Can!

This premium version of Quantum Quest comes with cardboard tokens instead of shards.

Quantum Quest is a standalone card game that challenges two or more players to put together teams of stalwart adventurers to outlast their opponents in a living dungeon. Electrifying spells, sinister traps and treacherous monsters stand in the way of survival, but things only grow more difficult when the heroes start acquiring chambers in the dungeon. Escape is futile; survive while you can!

Quantum Quest is designed to appeal to anyone who fondly looks back at classic gaming from the 90's. Featuring characters that look like they could have been ripped right from Super Nintendo or Playstation platformers and beat-em-ups, there's sure to be a hero that'll be your favorite. And even if you've never touched an old-school system, you're sure to love this gorgeous art by sprite artist Sergei Churbanov.

In Quantum Quest, each player takes control of a party of five adventurers, and goes through a dungeon of at least twenty chambers, with more added for every additional player over two. This dungeon crawl is always different, thanks to the assortment of cards. Almost all of these chambers exist for only one purpose: to put the hurting on the adventurers.

Players spend mana to control these chambers, which serves two purposes: first, they can no longer harm their owners; second, the owner decides how their enemies take damage when landing on these rooms. It's a fun, spiteful way to come out on top!

Characters have class specific abilities that they can utilize to change the momentum of the game. Nudge an opponent forward or stop yourself from moving one space too far; deal double damage to an enemy character; even choose to roll one die instead of two.

Quantum Quest also benefits from an interesting end-game phase. If all your adventurers perish in the dungeon, you're not kicked out of the game. All the rooms you owned before your untimely demise remain yours, and get a boost since they're haunted. You can choose to deal double damage to your surviving foes when they land in these chambers! 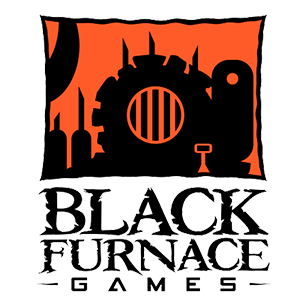