Red Menace is a solitaire wargame of WWIII in 1959

Red Menace is a solitaire wargame pitting the strategic nuclear and defensive forces of the United States, Canada, and the United Kingdom against those of the Soviet Union and its client state, Cuba, in 1959. The game focuses primarily on the role of strategic bombers, but other types of supporting aircraft such as Interceptors, Airborne Early Warning aircraft, and Aerial Refueling Tankers are also represented. The player takes control of the United States, Canada and United Kingdom. Decisions for the Soviet units are made by the game system using random events and dice.

The term "Red Menace" was used during the Cold War by the U.S. because it was believed that thousands of Soviet bombers could be unleashed at a moment's notice. This turned out not to be true (the Soviets had several hundred bombers at best, and many had significant range limitations). The game is not meant to be an accurate simulation of the actual capabilities of the strategic forces involved, but rather reflects what the governments and citizens of the U.S., Canada and the U.K. believed could happen.

The 2nd edition includes all new artwork for the map, counters, reference sheets, cards, box cover and new rules, units, and scenarios. The use of cards for Random Events and Soviet Cities (for Soviet AI Target Assignment) instead of chit-pull is also new for this edition.

Laser-Cut Counters: the laser-cutting process leaves soot around the edges of the 3/4" counters. This soot can easily be removed by using a damp soft cloth (water is fine but rubbing alcohol is preferred). Visit this page for tips on removing soot: Red Menace - Soot Instructions | Battlespace Games

New Box: as of March 4th, 2019, the box has been upgraded to a version with printing on all sides, including the back. This change was required because The Game Crafter discontinued the original box. This change required a price increase to $54.99. See pictures below for box comparison. 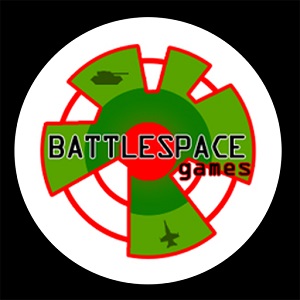