Rescue the Scientists before swarms of alien bugs overrun the base

As a member of Deep Space Rescue it’s not unusual that you’ve received a distress signal. Nor is it unusual for it to be quick and not very informative. It is kind of odd that you can’t get any information on what it was that Europa station was working on. But it’s not for you to worry, just to go in there are rescue the 5 scientists who managed to get themselves in trouble. All the message said was that the base was powering down and they were getting in the hibernation pods. Well, I guess we’ll find out what caused the power loss when we get there.

Rescue the scientists from their cryogenic hibernation pods and escape the base. Each Pod is missing 4 particular parts that you will have to collect throughout the base before you can move them. Meanwhile swarms of highly radioactive creatures are starting to wake up all around the base that you will have to manage to prevent them from overwhelming you.

Basic game play: Each turn you have 3 action points which you use to move and explore (placing tiles), picking up and dropping off parts to repair hibernation pods to release the scientists. You take the scientists back to your ship and escape the swarms. At the end of each turn you will draw a Swarm card that tells which tile a Swarm wakes up on. When moving to a tile with Swarms the player 'pushes' the Swarm off that tile onto surrounding tiles. Anytime a tile has 4 or more Swarms, they begin fighting, killing one of them. Unfortunately the radiation that they have been absorbing is released into that tile, rendering it unpassable by your crew, and causing the remaining Swarms to scatter to the adjacent tiles. This can lead to chain reaction where one tile being destroyed causes more tiles to be overloaded with Swarms and destroyed. 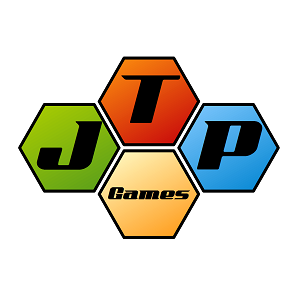