Use your troops to secure the best campsites

In Rival Troops, players explore a campground, adding new sites to the expanding area. Players will move their troops around the board, trying to position themselves in the best sites to set up camp. At the end of the game, players will score points for the sites that they’ve claimed, as long as they have the majority of troops on a site.

The initial setup of the game is a 3-by-3 grid as the Campground and each player having their own color of Campsite cards and Troop Tokens along with an even number of Truck cards.

Each turn, the active player may do one of these three options: add a Campsite card, use a Troop token, or use a Truck card.

The player may add one Campsite card from their hand to the existing Campground by placing it adjacent to an existing Campsite, then draw a replacement card. The numeric values on the Campsite cards determine the limit of the Troops that are able to move onto the site along with the point value at the end of the game. Keep in mind, high valued cards might attract more troops, much like an amazing scenic view or a great fishing hole might attract visitors to a campsite in real life. Low valued cards aren’t as good for camping, but they might provide strategic bottleneck areas, much like a narrow path through some rocky terrain.

To use a Troop token, one Troop token could be added from outside of the Campground onto the player’s own Campfire site. A Troop token already on the Campground could be moved to an adjacent campsite, within the restriction of the available space. Building a Tent or Pushing an opposing Troop token are also important strategic maneuvers that could be done when using a Troop token also, so be sure to consider where and when you should do those, as well as when your opponent might use them against you.

The third option is to use a Truck card. A Truck can pick up a player’s Troop token from one point of the Campground and drop them off at any Campfire. This can be helpful to get Troops out of a place where they aren’t able to do anything. A Truck can also be used to replace the player’s hand of Campsite cards, which could be helpful in difficult situations where a player is holding Campsite cards that they don’t currently want to add to the Campground.

The game continues around the table with players taking turns from those options until one player adds their final Campsite card to the Campground. Each other player gets one final turn before points are counted. Players get points for each Campsite that they have a majority of Troop tokens on and the player with the most Points at the end wins the game!

Now that I’ve explained how the game works, I hope you’ll try it out and have fun! 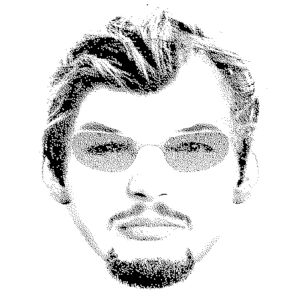