Scions of the Domes (Pocket version)

of the THUNDERGRYPH SURVIVAL DESIGN CONTEST

Scions of the Domes is a 1 to 4 players survival and adventure game where you can play by yourself, team up or compete against each other, to find the valuable your people need back at "The Shelter" to survive.

Speed, gut and resource management are just a few of the many survival skills you will have to put into play to scavenge the domes, escape from the surveillance drones, get your valuables and be a true Scion of the Domes.

The world has been destroyed. World war 3 drew humanity into Domes. World war 4 pushed them to the last bastion of survival, the underground.

After years of dwelling in the darkness, humanity begins to bloom again, but they depend on the remains of the Old World to forge a new one.

Adults were sent, but the pollution, the harshness of the terrain and the scarcity of resources rendered each effort fruitless.

They understood that their future literally relied on their children, the Scions of the Domes.

UP TO 20 DOMES TO SCAVENGE with the unique Dash-N'-Flip game mechanic by FZIdeas.

5 DIFFERENT SUITS TO WEAR making every adventure a different one.

IMMERSION thanks to the Dome and Teleporter miniatures and additional downloadables.

DOWNLOADABLE A4 SIZED ART/STORY RICH MANUAL in addition to the printed Rulebook.

POCKET SIZED to carry it with you everywhere. 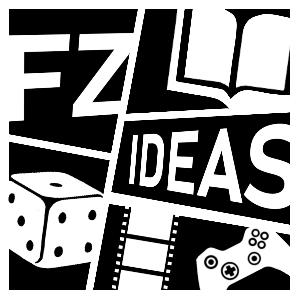