Sparrow: A Game of Triumphs

56 numbered game cards with a fifth suit of 22 triumphs!

Sparrow: A Game of Triumphs is a fast moving, easy to learn, family trick taking game using four plain suits (black, green, red, and yellow) along with an extra suit of triumphs or trump cards. The Sparrow is the lowest ranking triumph.

Each player receives a hand of 12 cards with an additional six cards being dealt to the kitty. You bid to become the declarer by stating how few cards you wish to exchange with the kitty.

Sparrow is a point trick game. Each card is worth a point value indicated by the number of stars. Instead of trying to win the greater number of tricks, the declarer's side tries to win the majority of card points taken in tricks.

Rules for a two player beginners' variant without bidding are also included in which two players are dealt extra piles of cards in addition to their regular hands. 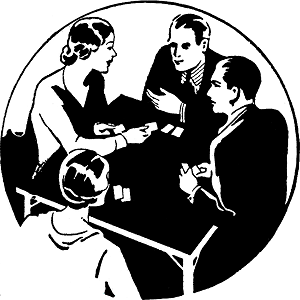