Standing Stones is the first in a new series of monthly Print and Play (PNP) roll and write games called the Roll and Write Revolution. "Roll and write" means that your game components and setup are minimal. "PNP" means that you will receive the PDF files for this game immediately after the campaign ends so you can start playing right away!

Now available in French, too!

The Picts, an ancient Scottish culture, were among several groups to have a hand in thwarting the Roman Empire’s expansion, including the building of Hadrian’s Wall. They were accomplished sailors, traders, and even pirates.

Standing Stones is a blind bidding domino placement game by Benny Sperling. Yep, you read that correctly! Players will use one half of a domino to bid on an action card and the other half to complete a numbered action. The action cards will award resources, change how you use your domino, or allow you to do specific actions better. Players can even send a diplomat to visit another player’s land and utilize one of their actions. Not only are you using diplomacy to do something you might be unable to do on your own, but you are also effectively blocking that action from their use that turn!

The dominos are surprisingly tactical and wonderfully tactile. They really capture the theme for me when I stand them up on edge, looking every bit like the standing stones described in history and carved by the Picts. The stones represent your power and offer you more goods to feed into your resource converting engine.

And a multiplayer demonstration here: 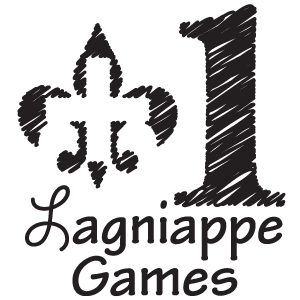