Customize, Upgrade & Attack in the acclaimed Steampunk Battling Card Game for Everyone 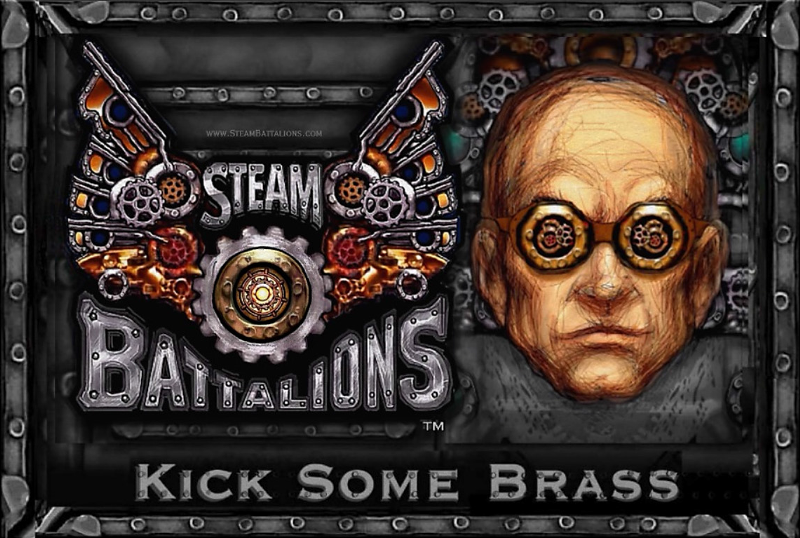 In an alternate past, the great wars of the early 20th century are waging high above the clouds and across the mud-filled trenches of Europe. The armies of the World's Superpowers battle for supremacy with elite units forged in brass, iron and steel in a technological arms race powered by diesel and steam. You & your opponent create, customize & command your own elite Steam Battalions of Deck-Dueling Steampunk & Dieselpunk Dirigibles, Airships & Superheroes & send them into battle equipped with powerful Upgrades & Tech in the quest for Victory! 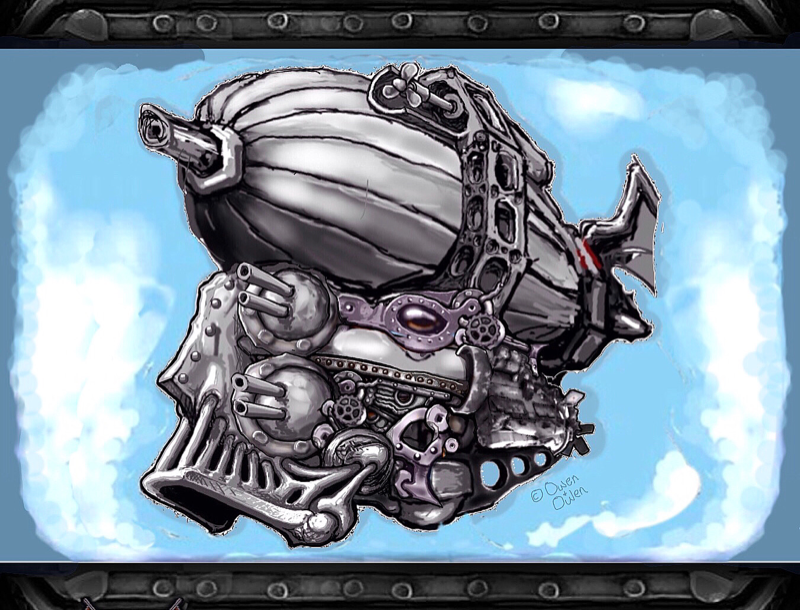 Steam Battalions is a fast-paced, 1-vs-1 Customized-Deck Dueling Steampunk Card Battle Game for ages 12 & up that takes approximately 30-45 minutes to play. The objective is to be the first player to get 7 victory points (defeating 7 of your opponent’s units), or if your opponent has no units to move out from their trench, whichever comes first.

Players customize their deck, choosing their own balance of the five card types in the game; Unit Cards to send into battle with their own unique abilities & upgrade lines, Tech Cards to grant them special abilities, Power Cards to enable their attacks & Medic Baloon Cards to repair damage during combat. Both players also start with three "Armory" Cards that allow them to search their deck for a desired card at key moments during the game.

Gameplay employs streamlined card combat mechanics with a unique twist on these special "deck-diving" Armory cards that deepens the strategy in ways unique from other card battle games. In Steam Battalions, you can only receive & play "Armory" cards after you lose one of your units. This prevents either player from gaining an insurmountable lead during early gameplay & opens up new strategic choices you won't find in other games.

Unique game mechanics are designed to reduce the 'grinding' of most deck-dueling games while accelerating the speed of turns, combat, customization, upgrades, card-drawing & strategy. 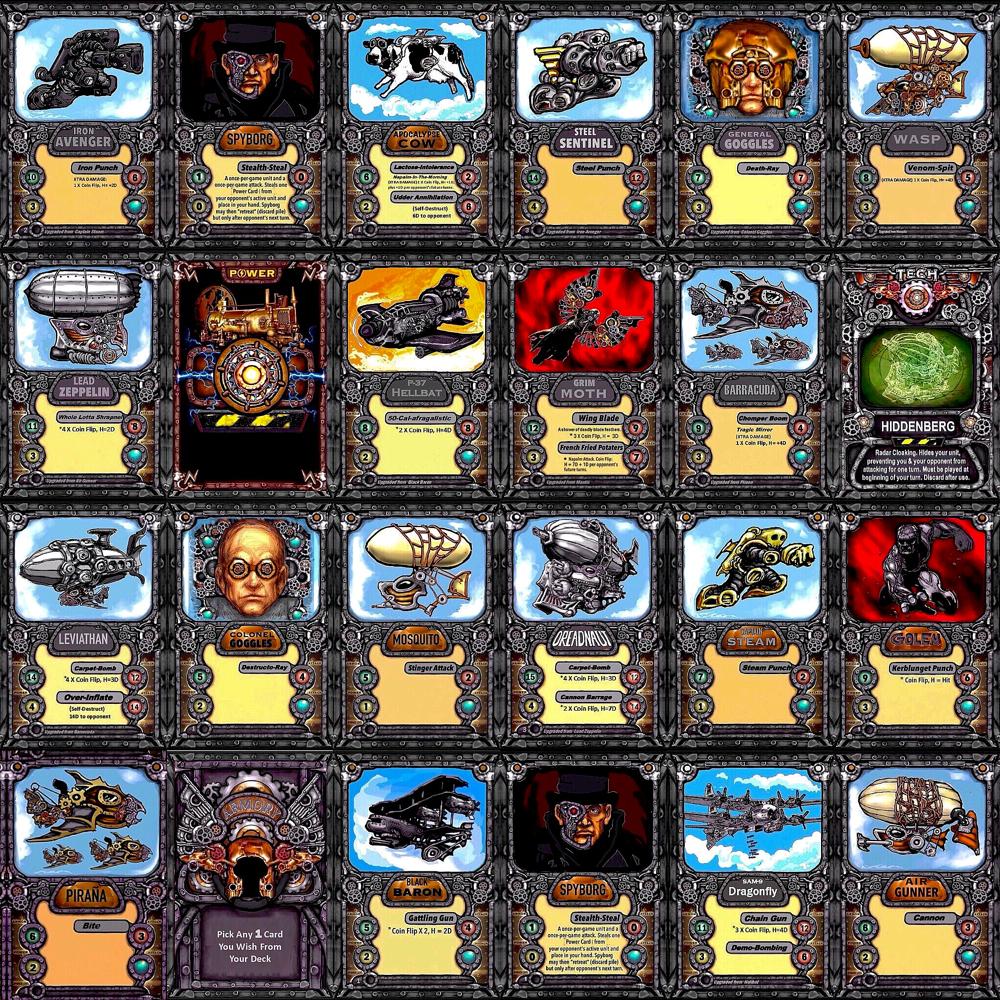 ”HUGE Shout-Out to Steam Battalions, they have created a great product - It Shines!”

Steam Battalions is a non-collectible, customized deck XCG, or Expandable Card Battle Game featuring stunning Steampunk & Dieselpunk art in which 2 players face-off against each other, each using a customized deck they create from their own Starter Deck at the beginning of the game. Each Starter Deck contains the same specific 68 cards, from which each player customizes their own deck down to 40 cards plus 3 "deck-diving" Armory Cards, as outlined in the Steam Battalions rulebook (free for download at link below).

”This is a GREAT game. The art looks great. But because the game mechanics are so fun, the art is just the eye candy to get you in. The Owens have done a really cool job of building something new here." 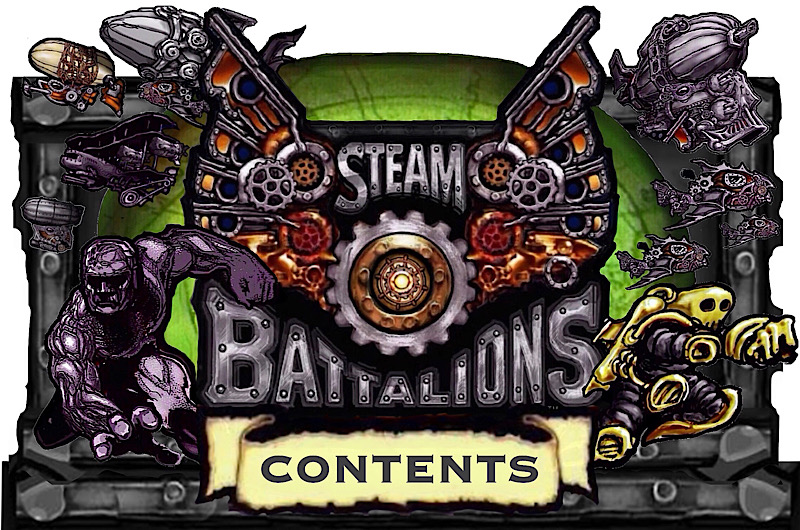 NEW: Check out the New Steam Battalions DELUXE EDITION at the link below under "Related Games." 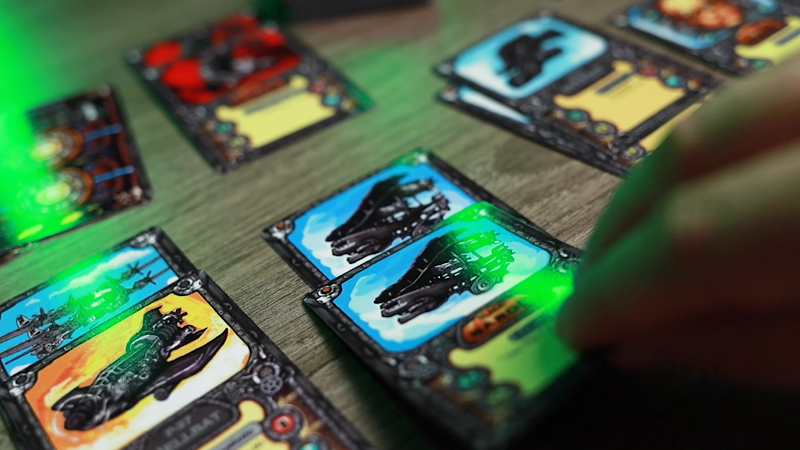 “If head to head challenges are your thing, then this is definitely for you. The pace is fast, the nuance deep & tactical decisions are a plenty.”